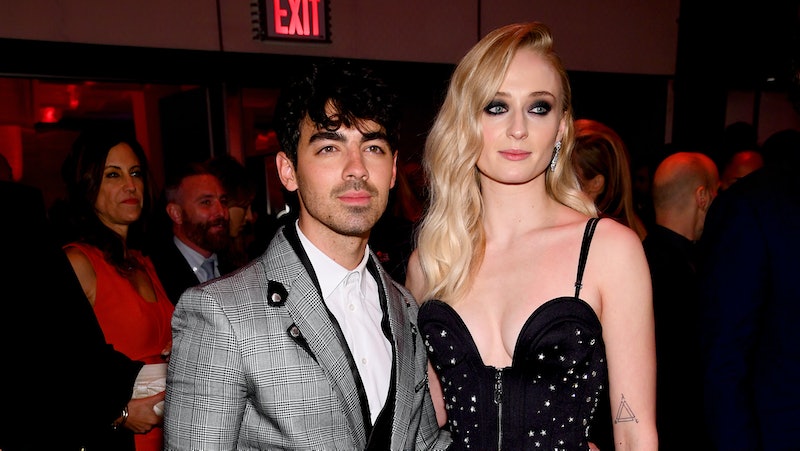 Guys if you've not heard the news, Joe Jonas and Sophie Turner are now officially off the market. Whether this news is causing tears of complete joy or tears of devastation, there is no denying that the superstar pair have done it in style. Avoiding all of the stress and, frankly, press attention ahead of their big day: they chose to make their it a smaller event. An event that will 100 percent have you eager to know, where did Joe Jonas and Sophie Turner get married?

The super star pair chose to tie the knot in America's wedding capital Las Vegas well. While there for the Billboard Awards, they only went and got married. And as People reports, the venue they chose is one that's world famous. What kind of incredibly glamorous venue did they choose? Why The Little White Wedding Chapel, of course.

The establishment is one of the most recognisable wedding venues in Las Vegas, and is well known for its shotgun weddings. It was originally founded back in 1951 and is not only a wedding venue but a tourist destination as well. It has multiple different wedding packages available to perspective couples, with all kinds of budgets in mind. Prices start at a mere $50 for the chapel's famous drive thru tunnel of love. Yes, a drive thru wedding. The idea for this option came in 1991, and actually has a really good reason behind it. After noticing one of their couples who had mobility issues were struggling to get into the venue, they thought a wedding window would be far more accessible. The rest, as they say, is history.

As the Daily Mail reports, the couple appear chose the Chapel L'Amour within The Little White Wedding Chapel for their big day. According to the venue's website, it's the biggest of the chapels available to couples and has plush red seating worthy of A-listers. Their photos were taken, however, in another part of the establishment.

They went on ahead and posed on an absolute must see part of The Little White Chapel. The pink Cadillac and extravagantly painted Tunnel Of Love. Although it has not been confirmed if they are going to have a big reception in the future, this ceremony choice was absolutely perfect. Especially when you consider the laundry list of icons and celebs who have been married in the chapel.

Yes guys, the famous couple are joining the likes of Frank Sinatra, Joan Collins, Britney Spears, Judy Garland, and Michael Jordon. Jordon's marriage was so celebrated by the chapel that they now offer an actual MJ package. So who knows, maybe they will now have a Game Of Thrones and Jonas Brothers hybrid option? I mean I would totally be down for that.

It's not clear how long this wedding plan was in the works, but according to the Little White Wedding Chapel website, applying for a wedding license is actually quite straight forward in the state of Nevada. So I mean, there is a chance that this was a fairly last minute decision. Whatever the story behind their (little) big day, one thing for sure is that this pair increasingly continue to prove themselves as total couple goals.