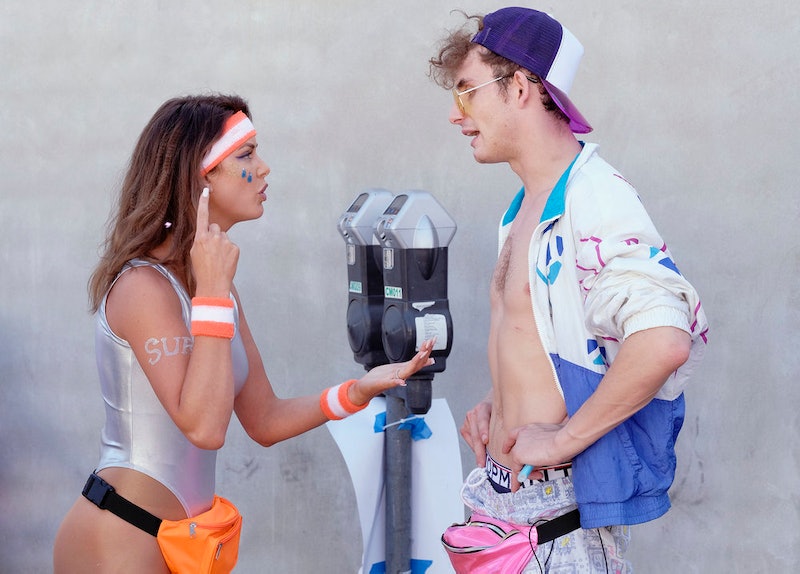 Spoilers ahead for Vanderpump Rules Season 7 Episode 4. James Kennedy is a pretty polarizing character on Vanderpump Rules. Some hate his “white Kanye” attitude, and others hate his drunk, misogynistic insults. It seems like all of the above has caught up with him, though, as Lisa Vanderpump fired him from SUR once again. How long could it last, though, and where does James Kennedy work in 2018? No viewers would be surprised to learn that he’s probably already back in Lisa’s good graces.

James got his job at SUR because Lisa was friends with James’ parents back in England. He started as a busboy, and then eventually moved up to a DJ. It’s quite a leap, but it’s one James is thrilled with, though you’d never know it. Why? Because James has done myriad things to screw up his privilege, er, good fortune, including screaming insults at the women of SUR, getting too drunk, and just generally being a mean-spirited jerk to the people around him. Granted, James doesn’t start all of the fights around him, but he absolutely finishes them, and then he looks like the bad guy. Usually, he is, because he’s the one who escalates things. Katie tells him to leave? He’s going to call her fat and ugly. Lala eats James’ girlfriend’s pasta? James is going to tell Lala that her boyfriend is fat and gross and is only with her until the next pretty blond comes along. It’s a running theme.

Because of this, James has been fired before from SUR. Now, he’s been fired again on Vanderpump Rules, because Lisa took a stand and pointed out that the women of her team shouldn’t feel unsafe at work around him. Katie came to Lisa and told her she couldn’t be around James. She couldn’t allow herself to be treated like that, and she refused to feel like that at work. Ultimately, Lisa agreed, even though both Natalie and Guillermo, Lisa’s partners at SUR, tried to play the spineless, self-serving card of “Well, James brings in a lot of business” as a reason to ignore Katie and keep James. So Lisa canned James. He cried. It happens. But it appears his firing didn’t stick for long.

If you follow James on Twitter, you know that he’s still DJing See You Next Tuesday nights, and it doesn’t seem like he ever really stopped.

He’s also DJing at other venues, including clubs and bars in upstate New York and San Diego. (Check out this New Year’s Eve gig.)

In the preview for the next episode, Lisa shows up at James’ door, so it sure seems like she’s going to take him back into SUR. Lisa knows her way around a dramatic twist of fate (she’s been on Real Housewives of Beverly Hills forever), but the faux hand-wringing about keeping James on was a nice touch. Why bother to fire him only to take him back soon after? It says that Katie’s discomfort at keeping James around isn’t quite worth the talk or cash that he brings in from his drama and his DJ career. As it stands now, it seems like James is still employed by Lisa (or employed once again). Is it that she feels bad? That she knows he’s a cash cow? A family thing? Whatever the reason for taking James back, Lisa Vanderpump is setting a bad precedent by making the safety and comfort of the Vanderpump Rules women in her staff a secondary priority.