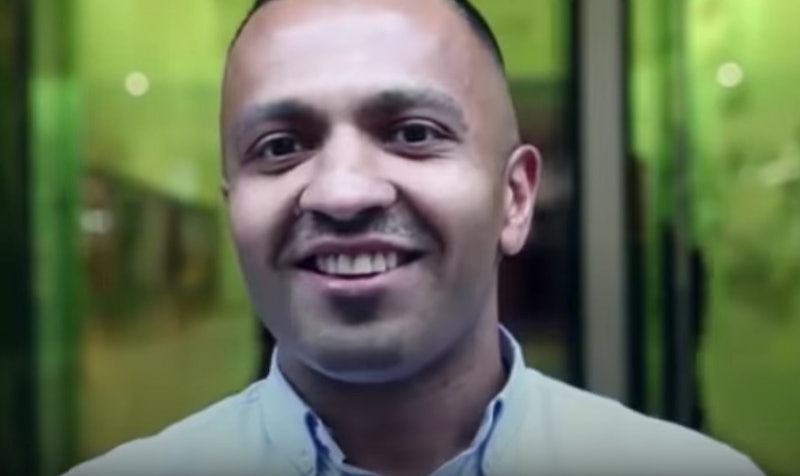 YouTube can be an awesome source of entertainment and procrastination. But it's also one of the platforms used by ‘pick-up artists’ to share tips and coach others in how to approach women and isn’t all light hearted. BBC Panorama will be airing a special about the murky world of ‘pick-up coaches’ on tonight (Oct. 7) focusing on one man in particular, Addy A-Game. So where is Adnan Ahmed now?

Ahmed labelled himself as a pick-up artist and used his YouTube channel to post videos of women he approached on the streets of Glasgow with his “wing men.” Ahmed not only filmed the interaction he had with women without their consent, he used his channels to brag about his sex life, and broadcast mysognistic monologues which he described as “educational.” After Ahmed's channel, and a similar ones came to the attention of a BBC Scotland investigation he was found guilty of acting in a threatening and abusive way towards five women at Glasgow Sheriff Court in Sept. 2019.

Ahmed posted videos with titles like “closing girls with boyfriends” and “fat girls should blame themselves” and promised to show men how to have “sex with women in alleyways and public toilets.” He also posted recordings online of himself having sex with no clarity as to whether the women he was with consented to this. While it seems hard to believe that behaviour like Ahmed's could ever be considered normal or acceptable he’s part of a winder community of pick-up coaches acting in a very similar way.

BBC reporter Myles Bonnar was part of the investigation which exposed Ahmed and other pick-up coaches like him. Describing his experience of spending two days undercover with the founder and head coach of Street Attraction, Eddie Hitches he wrote on the BBC, “in this digital age seduction coaches are selling online courses on how to bed as many women as possible, as quickly as possible. They are part of a growing global industry linked through a network of internet video channels with hundreds of thousands of subscribers.” He continued:

“In these videos and bootcamps, only the men are taught the rules. The women aren’t even aware they are part of a game. A game that can lead to persistent harassment on the street and dangerously blur the lines of consent.”

The BBC have reported that Street Attraction maintain that they deny any wrongdoing. YouTube has since deactivated the YouTube channels of Ahmed and Street Attraction. A statement from YouTube given to the Scottish Sun read, “YouTube strictly prohibits explicit sexual, graphic or harassing content. Nothing is more important than protecting the safety of our community, and we will continue to review and refine our policies in this area."

In the court case against Ahmed jurors heard that he approached two school girls, aged 16 and 17 at the time, asking if they had boyfriends, what school they went to, and if he could have their number. Another victim, aged 21, claimed Ahmed followed her through Glasgow city centre and tried to kiss her. On the BBC she said, “he tried to pull me close to him so he could kiss me, so I pushed him away. He put his hand on my cheek and the other hand on my back and pulled me in. He just had pure lust in his eyes."

After BBC reporter Myles Bonnar produced a video for BBC Scotland’s digital platform The Social in the summer of 2019 numerous other women came forward claimed they had had the similar experiences. He was arrested mere days afterwards. You can watch the full BBC investigation into street pick-up artistry on Panorama's Secrets of the Seduction Bootcamp on BBC One at 8:30 p.m. on Oct. 7 and afterwards on the BBC iPlayer.

More like this
Eurovision 2023 *Might* Be Held In The UK
By Sam Ramsden and Rachel Mantock
Ralf Little’s Fiancée Has A *Very* Impressive Resumé
By Sam Ramsden
Hannah Khalique-Brown Has Her Sights Set On 'Strictly'
By Frances Stewart
The 'Love Island' Contestants *Do* Know Who Gemma's Dad Is, After All
By Bustle UK
Get The Very Best Of Bustle/UK