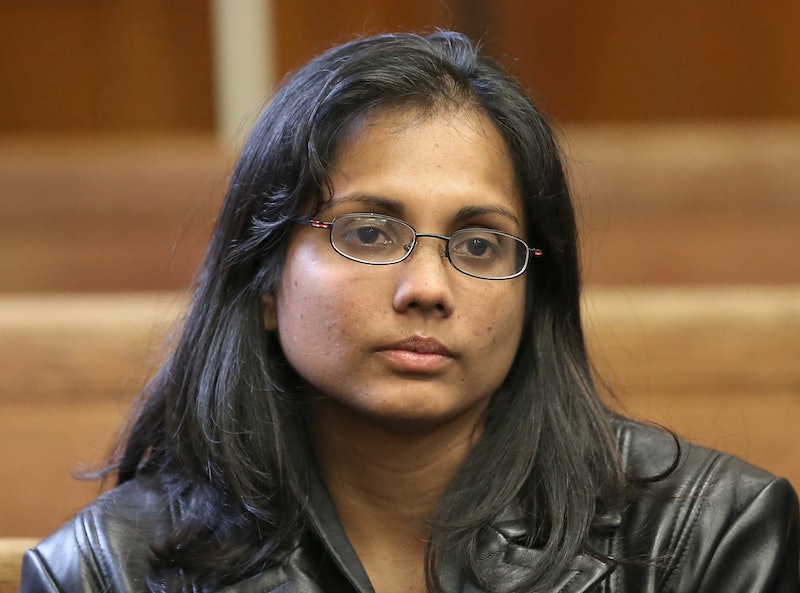 One of two lead subjects in Netflix's How to Fix a Drug Scandal is lab chemist Annie Dookhan, who was described by her Boston colleagues as a speedster "superwoman." It wasn't until Dookhan's arrest on September 28, 2012 that it was clear why she was able to churn out so many results: she was falsifying reports and "dry labbing," aka visually identifying samples without testing. After serving three years for obstruction of justice and evidence tampering, Dookhan was released on parole in April 2016. Per the Boston Herald, Annie Dookhan is now focusing on family and "adjusting to normalcy" (though as How to Fix a Drug Scandal notes, Dookhan hasn't actually spoken to the press since her 2013 arrest).

Nicolas Gordon, Dookhan's attorney, told The Boston Herald in 2016 that he was unsurprised Dookhan only served three years of her five year sentence, since she had no prior record. "She's moving forward with her life and she has a very positive outlook on the future," Gordon said. "I don't think she’s made any major life decisions about what she’s going to do. She’s certainly keeping her options open."

Dookhan may be moving on, but her actions upended the criminal justice system, caused a statewide scandal, and potentially led to thousands of wrongful incarcerations. It's not entirely clear why Dookhan mishandled so much evidence, but Gordon argued during her hearing that, as the daughter of immigrants, Dookhan wanted to be "the hardest-working and most prolific and most productive chemist." Per the Washington Post, she was "a go-getter so anxious to please" that she sometimes resorted to "outright lying."

In contrast, Rolling Stone pointed out that Dookhan's false results were always in favor of the prosecution, and that by adding weight to certain samples, she pushed many charges from distribution to narco-trafficking. "She seems to have been motivated by scorn for addicts, saying that she wanted to get drug dealers 'off the street,'" claimed Rolling Stone's Paul Solotaroff.

In April 2017, prosecutors in eight Boston-area counties announced that they would dismiss 21,587 drug cases affected by Dookhan's misconduct. It was the largest dismissal of convictions in U.S. history.

In a 2017 statement, ACLU executive director Carol Rose called the decision a "major victory for justice, fairness, and the tens of thousands of people who were wrongfully convicted based on fabricated evidence." In the same statement, attorney Daniel Marx called the dismissals vital because had the convictions remained on the defendants' records, they would have "limited employment prospects, diminished housing opportunities, and threatened lawful immigration status."

Now, Marx said, the victims have the "opportunity to clear their records and move on with their lives." Just like Dookhan.

More like this
Here's What Jeffrey Dahmer's Dad Has Said About His Other Son, David
By Grace Wehniainen
Where Is The Bling Ring’s Rachel Lee Now?
By Arya Roshanian
Jeffrey Dahmer’s Arresting Officer John Balcerzak Got His Job Back After Being Fired
By Grace Wehniainen
Where Is Lionel Dahmer Today? Jeffrey Dahmer’s Father Reflected On The Serial Killer’s Death In 2020
By Brad Witter
Get Even More From Bustle — Sign Up For The Newsletter