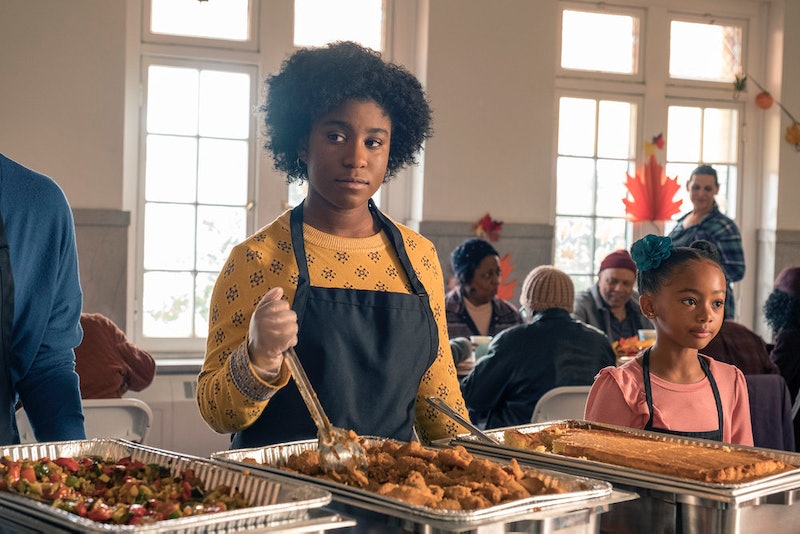 The episode synopsis for the March 5 episode of This Is Us says that "Randall gets unexpected news about Deja." Perhaps the Pearsons are finally making good on their promise to take Deja to see her mom? But as for what that unexpected news is, that's still a mystery. And fans haven't seen Shauna in a while, so where is Deja's mom on This Is Us?

Deja and Shauna have a complicated history, and, in turn, Shauna has a complicated history with the Pearsons, too. Randall and Beth first fostered Deja when her mother was imprisoned. Randall visited Shauna in jail and was saddened to hear that Shauna intended to take Deja back when she got out. Initially Randall considered fighting for custody, but he later realized that Deja belonged at home with her mother. But that arrangement didn't last long before Deja was back on the Pearsons' doorstep. Her mother was having problems paying the electric bill, so Randall agreed to help. Then, after Beth and Randall realized that Deja and her mom were sleeping in their car, the Pearsons invited them to stay.

Seeing Deja in the Pearson home with Randall and Beth and their two daughters made Shauna decide that maybe Deja was better off with them. "I failed Deja. I failed her and I can't keep failing her," Shauna told Beth in Season 2. "You know what I always say to her? I say, 'What would I do without you?' I've been saying that to her since she was five. Who puts that on a kid? Who does that?" Shauna then left Deja with the Pearsons.

Season 3 picked up with Randall and Beth legally adopting Deja, but she hasn't stopped talking to her mother. In Season 3, Episode 8, viewers soon learned that the two were on texting terms. "Happy Thanksgiving Deja," her mom texted on the holiday. Shortly after getting that text, Deja saw a sweet moment between Beth and Tess, and you could tell it made her miss Shauna. She initially deleted the text, but later had a change of heart and returned the holiday sentiment.

By Episode 9, viewers learned that Deja and her mom were calling each other, which was also news to Beth and Randall. Fortunately, they didn't have a problem with it, they just wanted to be kept in the loop. By the end of the episode, Deja requested that she be able to visit her mother. "I want to go see my mom. She lives in Delaware and she has a job, and I would like to go visit her, if that's OK."

Randall and Beth agreed, but later worried that it would be a complicated situation. But, since Beth promised they'd figure it out and get Deja there, we'll likely see that attempt soon. After all, they ignored the issue in the next few episodes, so Deja is likely anxious to make it happen.

Of course, over seven weeks have passed since Deja first asked, so there's no telling how Shauna is doing as of today. Hopefully she's still working in Delaware and able to reconnect with her daughter. But fans should be wary about that synopsis hint. "Randall gets unexpected news about Deja," doesn't sound good and this show is known for emotional twists. It seems like things on This Is Us are about to make good on that promise of being "complicated."