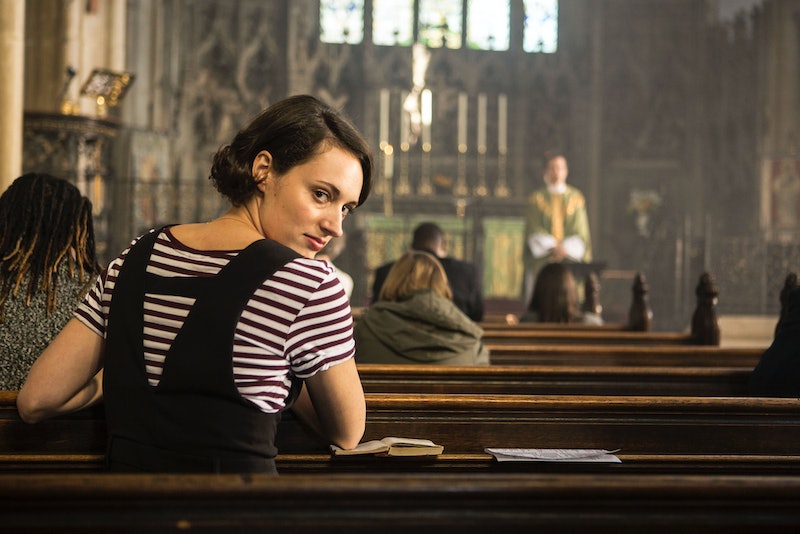 For TV buffs across the nation, whenever an opportunity to visit London crops up its hard not to plan a few stops to pop by some of television's most iconic landmarks. And if there's one show that I'd totally plan a dedicated tour for, it's got to be Phoebe Waller-Bridge's Fleabag. With the series back on telly tonight, now's the perfect time to discover where Fleabag is filmed and how you explore the strange world that Fleabag and her family and friends inhabit.

Conveniently enough, Fleabag is pretty much filmed in one area of the city — the London Borough of Camden. More specifically, Dartmouth Park. As location manager Ian Hutchinson (who has also worked on The Crown) explained in a Q&A after a screening at the Dartmouth Park Film Club for the first series in 2017, "[i]n the first creative meeting with Phoebe and the director, we all felt that Fleabag's family should all live in a community, near each other. We wanted to keep the locations physically close, which also helps manage productions more efficiently."

Contained within four main roads and situated within the wider postcode district of NW5, Dartmouth Park offers a variety of filming locations in a relatively small area — perfect for what Waller-Bridge, Hutchinson, and the show's director had in mind. So if you ever happen to be in the area, you don't have to look far to find Fleabag's cafe (a fictional version of the Village Cafe on York Rise), or her sister Clare's house which is situated on Laurier Road, as Hutchinson revealed in the Q&A.

Obviously a lot of other locations were used around London, but what wasn't filmed on-location would have taken place in the studio, as Hutchinson explained. I don't about you, but I have a suspicious feeling that the weird AF sequence with Fleabag on the tube was filmed in a studio. That carriage looked waaay to clean.

Anyway, back to the major location. It seems as though Dartmouth Park will continue to be a feature in the second series, as production company Two Brothers Pictures were seen filming outside the Village Cafe last August. Most notably, they were seen to be putting the cafe back to its former glory as "the owners [had] spent the summer converting it into a diner," and construction wasn't "finished in time for the filming of series two." Obviously the production company were only temporarily reversing the changes for a week of filming before building recommenced, but it amused the locals none the less.

"We have been waiting for our cafe to re-open over the summer, and getting excited about it being spruced up and turned into a lovely Turkish food place," a neighbour told the Camden New Journal. "It's been a laugh watching them put it back to how it was after six weeks of building work was done to change how it looked."

So if you can't wait to see what series two of Fleabag will entail, you could just hop on the tube to Dartmouth Park and experience Waller-Bridge's world for yourself.