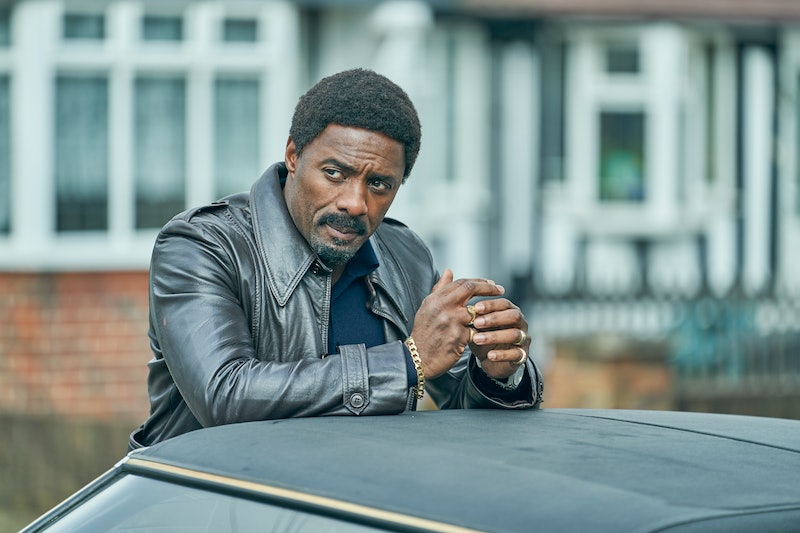 Sky's In The Long Run is back for a second series. The semi-autobiographical sitcom centres around the Easmon family, who settled in the UK after moving from Sierra Leone. Elba portrays the Easmon family patriarch Walter, who works in a nearby factory, and in addition to the Luther star, the cast of the series includes funnyman Bill Bailey, Neil D’Souza, Madeline Appiah, and more. But where is In The Long Run filmed? Here's everything to know about this brilliant Sky comedy.

As the Metro reports, the series is based on Elba's childhood, and set within 1980s London. Details surrounding the exact filming locations are fairly scarce, so, for more info on the matter, I have reached out to Sky for comment, and will update with any new information once it becomes available.

However, there have been previous reports which claim In The Long Run has filmed across the city of London, and according to Karen Everett from Film Fixer, much of the comedy was filmed in locations such as Kingston, Lewisham, Sutton, Southwark and Lambeth. Everett went on to explain that production also took place at the Cambridge Road Estate in Kingston, and revealed that local residents were thrilled to witness the comedy's filming process so close to home. she said, "all the main characters were filmed around the estate, giving residents a bit of a thrill really, to see actors like Idris Elba and Bill Bailey at work outside their homes."

The cast of In The Long Run is led by Elba, who portrays a character based on his own father. A second series of the Sky comedy was recently confirmed by the broadcaster, and Season 2 will pick up as the character of Walter (Elba) is made a union representative at the factory in which he works. Elsewhere, Walter's colleagues and close friends, Bagpipes and Rajesh, hatch a plan to go on strike in an attempt to save their jobs, whilst Agnes hopes to embark on a new career at her local council.

When discussing the new series, Bailey, who plays the eccentric neighbour known as Bagpipes, noted how In The Long Run inadvertently reflects the current state of British society. Speaking to iNews, the actor commented, "what has happened, because of this divisiveness that we are seeing in Britain, is that it now comes across as a show with a core message which says, 'You know what, we can all get on.' I think that’s what Idris was alluding to in the title. In the long run, we’re all in the groove together."

The show's first run aired back in 2018, and received a warm reception from critics, some of whom praised the comedy's ability to accurately portray the experience of being both black and British. So, if you want to get in on the hype, the second series of In The Long Run is available to watch on Wednesday, October 16 on Sky One and Now TV.

More like this
Fans Have Discovered The 'I'm A Celebrity' Camp's *Exact* Location
By Emma Madden
'Blue Story' Fans Will Recognise 'The Confessions Of Frannie Langton’s Karla-Simone Spence
By Maxine Harrison
Owen Warner's Net Worth Might Surprise 'I'm A Celeb' Fans
By Sam Ramsden
Our First Look At 'Vardy V Rooney: A Courtroom Drama' Doesn’t Disappoint
By Bustle UK
Get The Very Best Of Bustle/UK