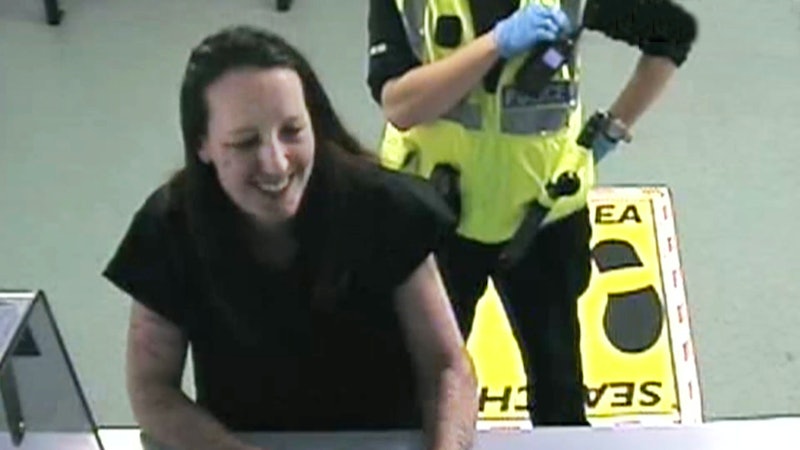 In 2014, 31-year-old Joanna Dennehy was sentenced to life in prison for murdering three men the year before. During the 10-day spree, she also attempted to murder two other individuals. Now the subject of a chilling ITV documentary, all eyes are on the serial killer once again. But where is Joanna Dennehy now?

As the BBC reports, Dennehy is currently imprisoned at HMP Bronzefield in Surrey. Since her sentencing, she has been the subject of several news stories. In March 2016, the publication claimed that Dennehy was suing for compensation for being kept in solitary confinement after an alleged escape plan was uncovered.

In May of that year, the BBC reported that government lawyers said the segregation — which had not been formally authorised by the Justice Secretary — was technically unlawful. However, Dennehy was not granted her compensation wish as lawyers concluded that the measures were fair and lawful due to her criminal history and her potential escape risk.

The upcoming ITV documentary, Joanna Dennehy: Serial Killer, also shows evidence of Dennehy's continued efforts to contact men, reports the Daily Mail. "I have seen letters she has written to men outside prison, winning them over with intimate details of her life and teasing clues about her crimes," presenter Susanna Reid is heard saying. "It seems Joanna Dennehy may never stop manipulating men." The Sun also stated that, in 2014, Dennehy proposed to one admirer.

In August 2018, The Sun reported that Dennehy and a fellow female inmate (who was described as her girlfriend) had tried to take their own lives together. When Dennehy returned to prison from hospital, she reportedly tried to take her own life a second time.

Two months later, The Mirror described the same inmate as now being Donnehy's fiancée, alleging that the serial killer had contacted solicitors in a bid to get legal aid. Donnehy felt such aid was necessary, according to the paper, because prison governors were contemplating moving her to a psychiatric unit. She therefore needed legal help to get permission for her fiancée to visit her three times a year.

ITV's documentary also reveals that Dennehy does not have contact with her two children, reports The Sun. Their father, John Treanor, is seen telling Reid: "She is not my children’s mother — she gave birth to them, that’s all she is. She is the donor, she gave them over, I don’t really want my kids to have anything to do with this woman."

Joanna Dennehy: Serial Killer aims to delve into the mindset of one of only three British women to have been given a life sentence. (Myra Hindley and Rose West make up the rest of the list.) In the hour-long programme, Reid speaks to a number of people who knew Dennehy along with criminal experts, victims' family members, and the lead detective who investigated the case.

"She came from a stable, decent family home and was well looked after," Reid told The Scostman. "When there is not an obvious explanation for why someone has become a serial killer, that makes the detective story more fascinating, doesn’t it?"