The final season of How To Get Away With Murder is finally here and the dark and twisty ABC series is coming in hot with a pre-made mystery thanks to last season's cliffhanger. Theories about where Laurel is on How To Get Away With Murder have been brewing during the hiatus and hopefully, everything will be revealed when Season 6 begins. But for now let's run through some of the possibilities.

In the final moments of Season 5, Laurel vanished from a crowded sidewalk while her mentor Annalise Keating was looking in the other direction. She's not the only one who went missing. Someone also broke into the fraternity house, where three of the Keating Four plus Oliver live, and kidnapped Baby Christopher. The double kidnapping was premeditated; the culprit went so far as to hack the baby monitor and played footage of Christopher on a loop so that they could make a clean escape.

The fact that Laurel of all people was taken seems out of the blue. Laurel didn't have anything to do with the crimes committed in How To Get Away With Murder Season 5 — she's just trying to finish law school and raise her son. At the beginning of Season 5, Tegan was worried that Laurel and Michaela would expose her as the "Jane Doe" who took down Jorge Castillo, Laurel's father, but they aren't the only one who know this secret now. It wouldn't make sense to single Laurel out for that. It's her brother, Xavier Castillo, whose hands are dirtiest now after organizing the murder of Nate's father.

Laurel is in the trailer for HTGAWM Season 6 and back with the group safe and sound. So we know that she's not dead, at the very least, and can't be that far away.

Until we know more, here are some theories about where she (and hopefully Christopher) went:

She's With Her Family In Florida

Laurel's family is still involved in not only her life, but the crimes she and her cohort have committed. It's quite possible that someone nabbed her and the baby and took them both to the Castillo family home. That's the simplest answer.

One theory on Twitter is that Tegan is working with Xavier now. Maybe she distracted Annalise so that someone could grab Laurel.

The Governor Took Her 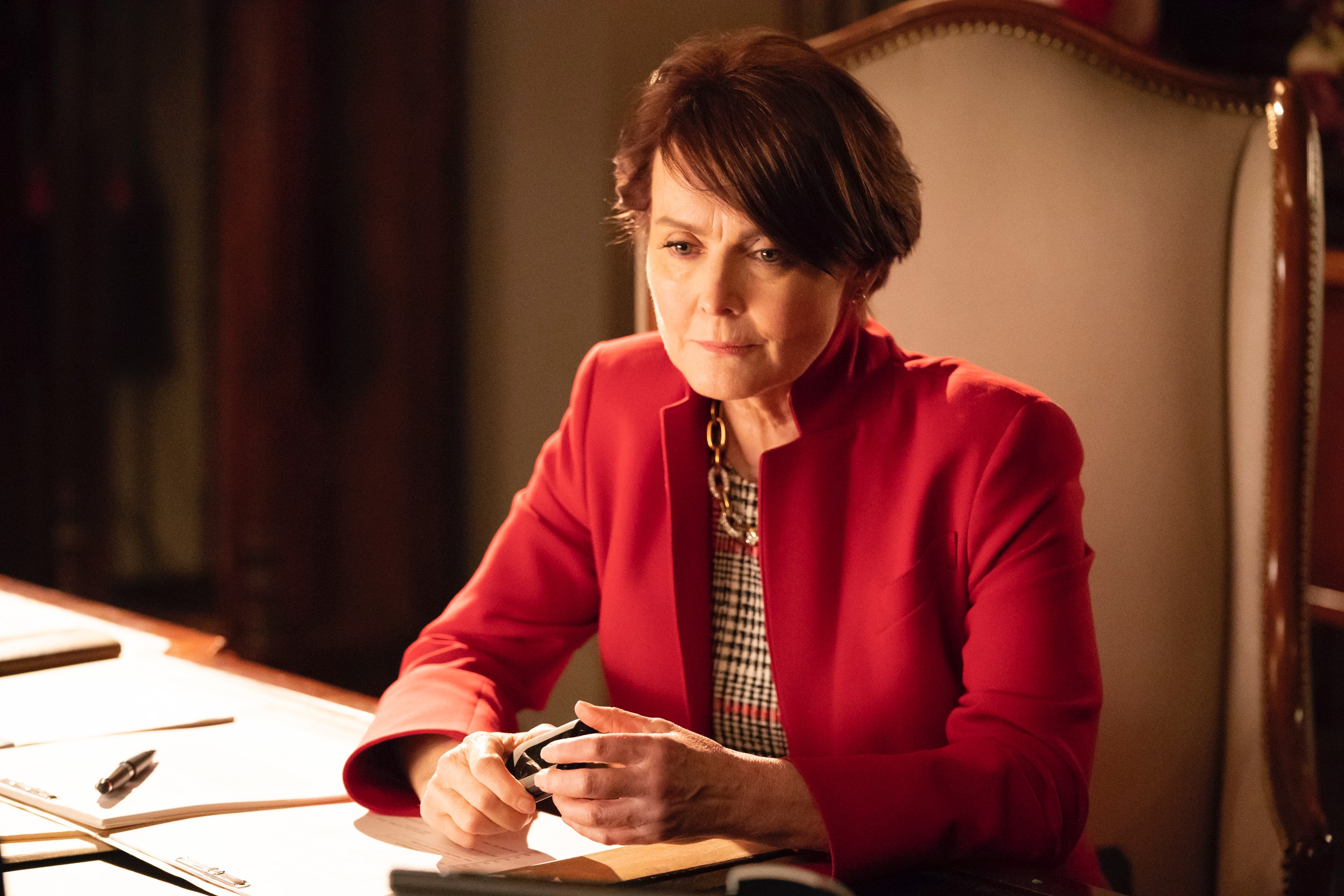 If How To Get Away With Murder has a Big Bad, it's Governor Lynne Birkhead. She's had it out for Annalise Keating since the beginning, and is responsible for the murder of Nate's elderly father. Since she employed Laurel's brother for that particular task, we know that Birkhead is connected with the Castillo family. Maybe she's adding abduction to her criminal roster in Season 6.

She's With The FBI

In the trailer for Season 6, Laurel appears to be giving the Keating 4 (plus Oliver) information about the FBI and what they know about everything that's happened at Middleton. Maybe they're the ones that took her in order to interrogate her — or even recruit her as an informant.

The double kidnapping could have been orchestrated so that Laurel and her son could flee the state or the country. The Twitter user above makes a good point — Laurel did say something nice to Annalise before she vanished. Laurel is not always Annalise's number one fan, so it could have been a conscious goodbye.

One theory on reddit is that Laurel entered Witness Protection, but this method is a little unorthodox for the United States government. If Laurel's disappearance was staged, she probably did it herself. Whatever happened to her, we'll find out soon enough when How To Get Away With Murder returns for the last time.