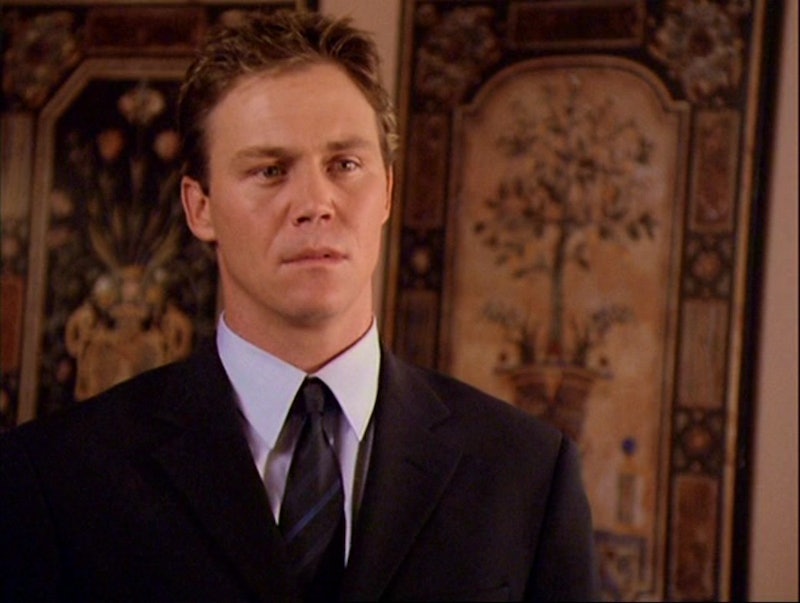 By now, you've heard the news. The latest addition to the reboot craze has been announced and it's none other than Aaron Spelling's magical masterpiece, Charmed. Before you start rolling your eyes, keep in mind that according to Variety, Jane the Virgin creator Jennie Urman will be heavily involved. That aside, as a show that went off the air in 2006, it'll be tough to get us back into the Charmed groove. Will they use the same actors? What if they are busy? Take Leo Wyatt (played by Brian Krause) for instance. Where is Leo from Charmed now? (And more importantly, can he come back?)

The parenthetical part's hard to answer. Only the powers that be (Spelling, Warner Brothers, deities, actual witches) can resolve that for us. For now, let's try to dissect whether or not Krause is available, because one look at the actor's IMDb page will leave you feeling a little anxious about the possibility of a Leo return. In other words, Krause is really busy. It's a shame that he doesn't share Leo's ability to teleport.

Regardless of what other worldly strengths he may or may not possess, Krause was a working actor before Charmed and has remained steadily employed since the show bid its adieus. Say what you will about Leo's handyman skills (they were not very good), but don't say that Krause can't hold a job.

As for what exactly he's doing now? A bunch of TV series and TV movies, that's what. No, really. This guy has been racking up roles since Charmed went off the air in '06. It's pretty impressive. I wonder if he sleeps. Come to think of it, he actually might share Leo's ability to teleport.

Krause has landed numerous one-off roles in some rather big TV shows. He was on CSI: Miami in 2007, The Closer in 2008, Mad Men also in 2008, and Castle in 2010. In 2011, he lent his voice as Clem Feeney for the video game, L.A. Noire. I believe they call that last part "branching out." Most recently, he plays Trevor in the series, Turn Back Time. According to IMDb, he has a slew of projects on deck for 2017, and even something in the queue for 2018. It's not clear at this point if the Charmed reboot will bring back any of the old actors, but if they want Krause, they better lock him down. Quickly.

As for Krause's personal life, he keeps things relatively private. However, after stalking — er, looking — at his Twitter page, it's clear that things are going well. By that, I mean he has a golden retriever.

Her name is Penny. At least once, he has referred to her as "Penny the Queen."

It looks like Krause keeps it real in Southern California with his family (his brother, by the way, is Peter Krause from Parenthood). When he's not busy doing 3,000 jobs at once, he exercises, explores, and travels. In all honestly, the actor appears to be living a pretty charmed life.