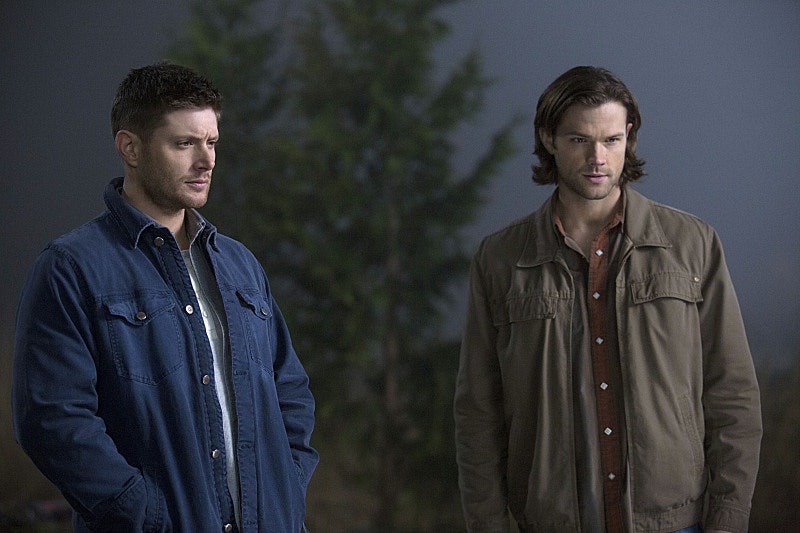 Hey, Supernatural fans: remember how excited you were when you learned that there was going to be a spinoff? I think the only thing that could possibly top that would be a crossover with another one of your favorite shows. Personally, I'd like to see a Charmed/Supernatural crossover, because that would seriously be the best show ever.

When you think about it, it really wouldn't be that much of a stretch. Both shows have supernatural elements (I mean, duh), some serious family dynamics up in there, and a knack for simultaneously breaking fans' hearts and teaching them important life lessons in totally non-cheesy ways. On top of all of that, how beyond amazing would it be to see Sam and Dean team up with some awesome lady witches to take down all of those big bad demons? I mean, let's be real for a second: the Halliwells would end up doing all of the work, because you don't mess with the Power of Three.

Quite frankly, I just want an excuse to talk about Charmed, because it was by far the best and most '90s show that I ever watched growing up. So, without further ado, here are nine things that would probably happen if the TV gods blessed us with a Supernatural/Charmed crossover (which shall henceforth be lovingly referred to as SuperCharmed).

There Would Probably Be A Dean/Sam/Phoebe Love Triangle

Piper, Prue, and Paige all settled down relatively quickly, which leaves Phoebe. She was almost always dating someone new (except for when Cole was in the picture), and I can see Dean and Sam fighting over her once they realize how cool she is.

Dean Would Get Invested In Saving Wyatt

For those of you who don't know, a big plot point in Charmed was that Piper's baby, Wyatt, was going to grow up and go dark. Since Dean recently came back from casually being a demon for a while, he'd probably understand what was happening to Wyatt and would be dedicated to saving him.

It would be so much more convenient for Sam and Dean to have potions and spells rather than holy water and shotguns filled with rock salt, right?

The Boys Could Bond With Chris About Their Daddy Issues

I think Dean and Sam could really understand Chris' disappointment with Leo. After all, his main problem was that Leo was so busy protecting everyone else that he was never there for Chris growing up. You could argue that Sam and Dean's dad was never really there for them, since he was so invested in the family business of "saving people, hunting things." They could bond and then be the three best, most attractive friends that anyone could have!

Bobby Could Have Shown The Charmed Cops A Thing Or Two

This might be an unpopular opinion, but Charmed's resident in-with-the-witches officer Darryl was a weenie. Bobby Singer was a total badass — he could have shown Darryl the ropes.

I'm sorry, but it was so obvious that this dude was up to something sketchy. You know, like BEING AN EVIL DEMON. Sam and Dean could have caught on to that so fast, he wouldn't have even had the time to develop a serious relationship with Phoebe, and it could have saved the family a whole lot of time and energy.

Hunters really seem to be a dying breed, and since part of being a witch or warlock in the Charmed universe is fighting off demons, it would definitely be useful for them to learn how to hunt, as well as how to do magic. They could make it an elective class in Magic School. Sam could teach it and hone young minds, because we all know Dean would not be down with teaching little rascals anything.

Charlie Would Make The Coolest Witch-In-Training

If there were a crossover between the two shows, I guarantee you we would find out that Charlie is actually a witch. Seriously, she's so badass and cool, she would have to be.

Castiel & Leo Would Be BFFs

I know, I know, an angel and a Whitelighter aren't exactly the same thing, but I feel like they'd understand each other. Before God disappeared on Supernatural, Cas abided by His commands, and Leo reports to the Elders. They can both heal people, and they both got attached to their charges (Leo marries Piper even though it's essentially against Whitelighter laws, and Dean and Castiel have the biggest bromance TV has ever seen). I feel they could understand each other better than anyone else.