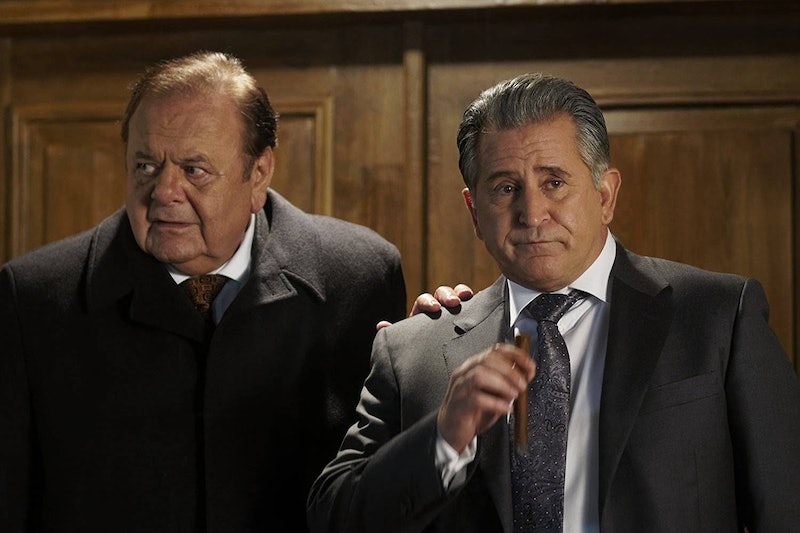 Like many cities, Montreal is full of beautiful sites, compelling history, a deeply rooted culture... and the Mafia. The newest crime drama to hit Netflix, the Canadian series Bad Blood follows the infamous Montreal crime family the Rizzutos, who partnered with city officials and biker gangs to form their drug smuggling empire. The head of the crime family, Vito Rizzuto, died in 2013, but his legacy lives on with his son, Leonardo Rizzuto, allegedly taking over the family business. But where is Leonardo Rizzuto now, and did he manage to fill the big shoes left by his father's absence?

Leonardo was arrested in 2015, after Canadian police found found two handguns and five grams of cocaine inside his home, according to the Montreal Gazette. At the time of his arrest, police alleged that Leonardo had taken over for his father, who died on natural causes in 2013, as the head of the Montreal Mafia, along with friend of the family Stefano Sollecito. Leonardo's arrest was part of a lengthly investigation Montreal authorities were conducting into organized crime and drug trafficking, crimes nearly synonymous in the city with the Rizzuto family name, according to the same report. In fact, the well-know Rizzuto reputation for organized crime actually served a key part of Leonardo's defense.

Leonardo's defense team, comprised of lawyers Dominique Shoofey and Frank Addario, argued that the warrant authorities used to search his home should be thrown out due to lack of probable cause, the same Montreal Gazette report stated. The pair argued that it was only the notoriety of the Rizutto family that unfairly put Leonardo under the suspicion of Montreal Police. “Allow me to address the elephant in the room,” Addario said while addressing the judge, per the same report. “Mr. Rizzuto has a notorious family name. Perhaps you have heard of his father? Substitute the name Rizzuto with the name Smith and imagine they are laying out their evidence that way."

Leonardo, who not only outlived his father, but also his grandfather and brother (both of whom were shot and killed while Vito Rizzuto was imprisoned in the United States, according to CTV News) was acquitted in 2018 of gangsterism and conspiracy to traffic cocaine after spending nearly two years in prison, according to a different Montreal Gazette report.

The victory for Leonardo was achieved after Quebec Superior Court Judge Eric Downs ruled that key evidence, compiled after wiretapping, was inadmissible, per Vice. According to the report, in 2015 wiretaps had been planted in the office of lawyer Loris Cavaliere, which the judge ruled violated solicitor-client privilege. Without the key evidence obtained from the wiretapping, authorities had nothing with which to hold Leonardo.

Leonardo was released at the beginning of this year, and authorities expect that he will be keeping a low profile for at least a little while. “He is facing other charges (possession of a firearm and drugs) and will likely be under police surveillance,” Pierre de Champlain, a former Royal Canadian Mounted Police intelligence analyst and author of books about organized crime, told the Montreal Gazette.

While Bad Blood will cover much of the story of the Rizzuto family's rise to power in Montreal, Leonardo himself will not be featured in the series. His brother Nick is a main character in Season 1, but Leonardo does not receive a fictional adaptation — maybe because he's one of the few members of the family still alive.

The Mafia runs in the Rizzuto blood, but maybe, just maybe, it will stop now with Leonardo.