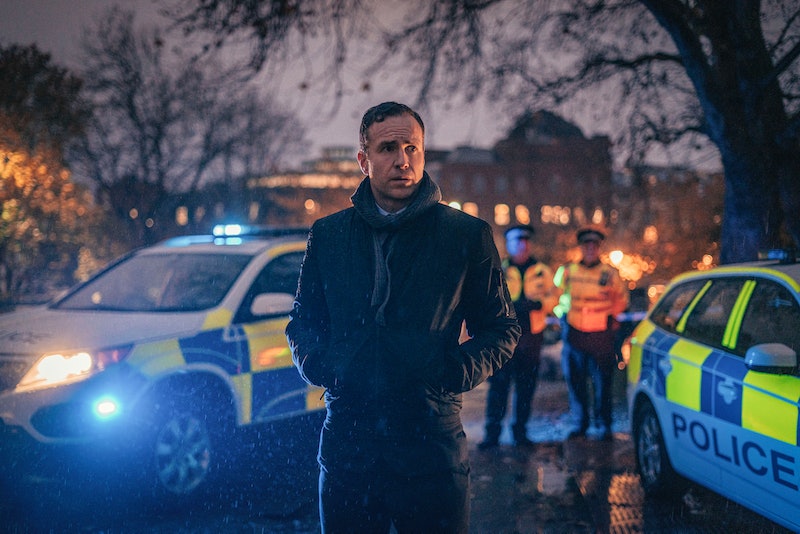 The BBC's latest three-part drama depicts an unprecedented national emergency, during which a former Russian agent and his daughter, among others, were poisoned in and around the city of Salisbury. The series focuses on the devastating consequences of the 2018 nerve agent attack, and the responses of local authorities, which included Detective Sergeant Nick Bailey. But where is Nick Bailey now, the man portrayed by Rafe Spall in The Salisbury Poisonings?

As The Sun reports, Nick Bailey has been an officer in the Wiltshire Police force since 2002. Following the poisoning of Sergei Skripal and his daughter Yulia on March 4, 2018, Bailey was rushed to hospital after being exposed to the nerve agent Novichok — which translates to "newcomer" in Russian.

He remained in hospital for around three weeks, and after thorough investigation, it was revealed Detective Bailey came into contact with the lethal substance during his investigation of Mr. Skripal's home.

Days after arriving in hospital, Bailey was awake and able to communicate, and on March 22, 2018, he was discharged. However, the Detective Sergeant and his family were not permitted to return home immediately, due to fears their property had also been contaminated.

Bailey returned to work at the Wiltshire Police force early last year, and several months later, he ran the Salisbury Marathon to raise funds for the intensive care unit in which he spent much of his ordeal.

During a 2018 interview on BBC's Panorama, Bailey spoke publicly about his recovery, revealing how the "psychological impact" of the attack was perhaps the greatest hurdle to overcome.

"Physically, I think I bounced back pretty well," he explained, adding that his mental wellbeing was "a different kettle of fish."

"That’s taken longer. I describe it as emotional battering and psychological impact. It’s taken longer to deal with just because of everything that has happened to us."

As mentioned previously, Bailey is portrayed in The Salisbury Poisonings by actor Rafe Spall, who is joined in the show's cast by Shameless star Anne-Marie Duff, The Witcher's MyAnna Buring, and more. The series centres around the 2018 poisoning of a former-double agent and his daughter, the tragic events which followed, and the strength of the local community who were at the centre of this public health emergency — the likes of which had never been seen before.