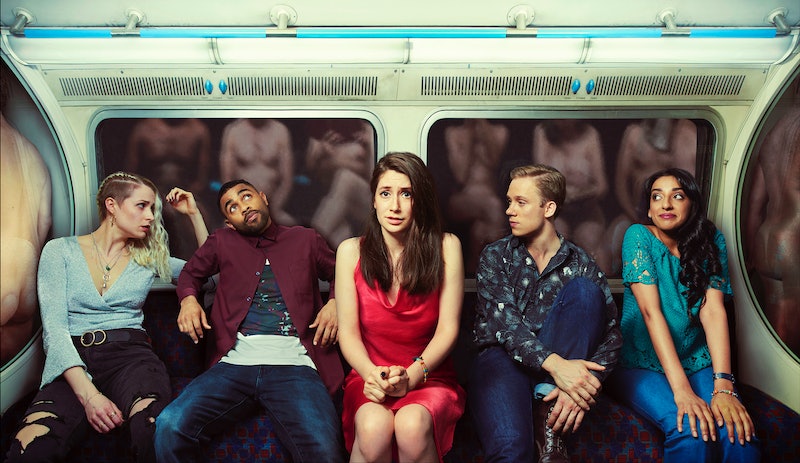 Brand new comedy-drama Pure is coming soon to Channel 4, and the adapted story follows a young woman as she moves to a new city, makes new friends, and battles with a disorder which surrounds intrusive sexual thoughts. The cast of the series includes Peaky Blinders star Joe Cole and Murdered By My Father actress Kiran Sonia Sawa. But where is Pure filmed?

The new series is set in the city of London, and according to the Express, filming took place on-location in the capital city. Although most of the action occurs within London, there are also many scenes based in rural Scotland, which is where the show's protagonist is originally from. The show's lead, Charly Clive, who plays Marnie in Pure, described her experience of filming in the capital city, she said "It was a really nice vantage point to be doing the show, because I was experiencing it with similar wide eyes going into London and realising quite quickly that the streets aren’t paved with gold, and how brilliant it is, and how overwhelming it is, which is exactly what Marnie goes through."

The series is directed by Aneil Karia, who has previously discussed the experience of directing the many nude scenes for the series, even on public transport. He revealed "Yeah it was quite nuts, so to speak. Having 50 naked supporting actors crammed into a tube carriage and trying to retain some kind of order is a challenge though it’s amazing how quickly the nudity and graphic acts became very normal - especially as the supporting actors were people who were very comfortable with nudity."

The director went on to explain how the nudity assisted in properly conveying the severity of Marnie's obsessive compulsive disorder to the audience. He added "While it’s a slightly absurd scenario you’re in, these mass nudity scenes are the intrusive thoughts, which are so integral to the portrayal of the illness (and so tragically un-absurd to Marnie) that you quickly just put aside the madness and concentrate on getting the shot as best you can."

The series is based on the memoirs of Rose Cartwright, which document the author's personal struggle to cope with a form of obsessive compulsive disorder, known as Pure O.

After reading Cartwright's novel, screenwriter Kirstie Swain began working on a television adaptation, reports the Express. The writer previously explained that whilst working on the series, she created characters for a coming-of-age story. She said: "As with any adaptation, not only do you need to bring your own agenda to it, you also need to find its legs, build to a return and ultimately, create a genre. For me, that was a relationship comedy-drama and a bit of a f****d up romcom, so I created characters and developed stories that best served that."

Swain then went on to share her admiration for the original novel on which the Channel 4 series is based. She added: "Rose’s memoir is a beautifully written, funny but painful series of non-linear vignettes spanning over a decade and in various locations around the world. I wanted to write a coming of age gang show, so we needed to anchor the main character in a specific time and place."