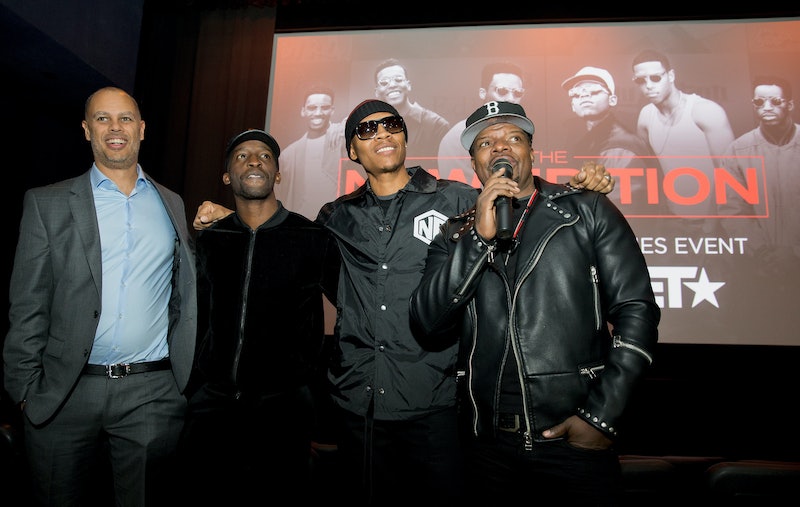 BET's The New Edition Story is putting the group's members (Ricky Bell, Michael Bivins, Bobby Brown, Ronnie DeVoe, Johnny Gill, and Ralph Tresvant) back in the spotlight. While some of the men have stayed in the entertainment industry, others have been happy to leave fame behind. So, where is Ronnie DeVoe now? It's been more than 40 years since New Edition came on the seen as a teen pop group. For DeVoe, his music career didn't end with New Edition. And, his lifelong music career will be chronicled in the biopic, with Keith Powers playing Ronnie DeVoe. The New Edition Story will unveil the musicians' stories over the course of three two-hour episodes.

Like with many of his fellow bandmates, New Edition was not the end of DeVoe's career. While The New Edition Story will cover DeVoe's launch into the music industry when he was just a kid and, of course, during his time in New Edition, there's more to know about DeVoe. Here are a few different ways you can catch up and keep up with the star if the BET biopic has you curious about where he and the other New Edition members are today.