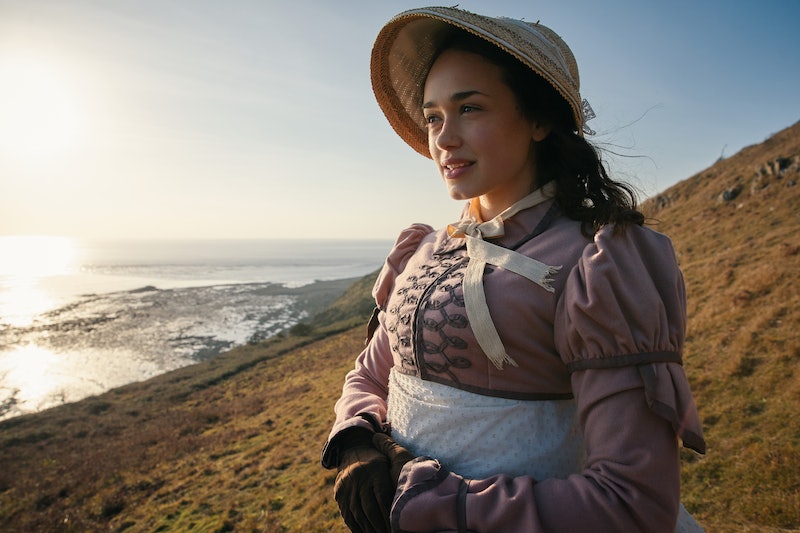 The latest Jane Austen adaptation has arrived in the form of ITV's newest Sunday night drama, Sanditon. The series centres around the unconventional character of Charlotte Heywood, who leaves her countryside hometown in search of a new life in the fishing village of Sanditon — an area striving for a new identity as a seaside resort. The village at the centre of the ITV series is in fact fictional, but where is Sanditon filmed?

According to the Radio Times, the period drama was largely filmed in the coastal town of Clevedon on the West Coast of England. As reported by the Bristol Post, filming for Sanditon also took place in various locations across North Somerset and Bristol, including Sand Point, Uphill, and Bristol's Georgian Museum.

The story's setting is based on the popular seaside resorts of 19th century England, however, these real-life resorts have changed drastically over the years, and producers had to recreate the magic of the Regency period with the help of large-scale sets and CGI. Speaking about the drama's filming process, director Olly Blackburn explained, "It was all filmed on the West Coast near Bristol. Because there isn’t an existing seaside resort left that isn’t full of Boots and car parks and stuff. A lot of it is a set that was built by our magnificent production designer, Grant Montgomery, who did everything from Peaky Blinders to Death Comes to Pemberley. And he whole-cloth created all the houses you see close-up, and then we augmented that with those few shots that you see which are CGI which were shot in a place called Clevedon, that has a beautiful sea wall. And we then reconstructed our own regency town."

As reported by the Radio Times, the Head of Production at Red Planet Pictures, Alex Protherough, also gave insight into why show-bosses were "drawn" to these locations during production. He said, "We were immediately drawn to Bristol and the South West. There is a wealth of locations in this area, perfect for period drama, and particularly the Georgian period where our story is set. The country houses, Bath and its elegant Regency architecture, even the Somerset coastline all offer a wide range of locations perfect for Sanditon."

According to the Express, ITV's Sanditon is based on Jane Austen's 1817 unfinished novel of the same name, and follows the story of Charlotte Heywood — a young woman who leaves her old life behind, and arrives in the up-and-coming resort town of Sanditon. The eight-episode drama will also explore Heywood's relationship with Tom Parker, a man desperate to elevate the town into a thriving tourist destination.

According to Telly Mix, a snippet of the show's synopsis reads, "When a chance accident transports her from her rural hometown of Willingden to the would-be coastal resort of the eponymous title, it exposes Charlotte to the intrigues and dalliances of a seaside town on the make, and the characters whose fortunes depend on its commercial success." The synopsis goes on to say that viewers will be transported from the city streets of London to the West Indies, and concludes that as Charlotte embarks on a journey of self-discovery, she may ultimately find true love.

Sanditon begins airing on Sunday, August 25 at 9 p.m. on ITV1, and I don't know about you, but I can't wait for this brand new drama to dominate my Sunday evenings.

More like this
At 28, Lesley Manville Was Acting, Picketing, & Singing Kate Bush Songs
By Olivia-Anne Cleary
Nicola Walker’s IRL Husband Is No Stranger To TV Screens
By Darshita Goyal
'The Capture' Is Finally Back – & S2 Looks Tense AF
By Sophie McEvoy and El Hunt
Nicola Walker Warns Fans To Expect A "Bumpy Ride" In 'Annika' Season 2
By Maxine Harrison
Get The Very Best Of Bustle/UK