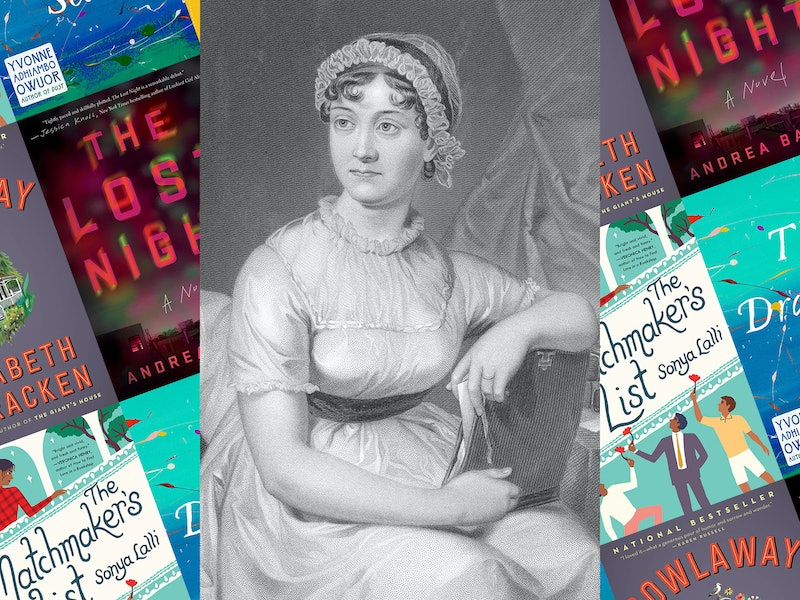 More than 200 years after her death, Jane Austen remains a much-beloved author for English-speaking readers. If you're a Janeite in the market for a new novel to curl up with, I know just what new book you should read next, based on your favorite Jane Austen novel. These new reads will give you the same highs as a Regency-era romance, but contain brand new stories for you to fall head over heels in love with.

Set in the Regency era of the early 19th century, Jane Austen's comedies of manners have struck a chord with readers since they were first published in the 1810s. The progenitors of the 20th-century romantic comedy craze, Austen's stories about women getting married will make even the most stoic of modern-day readers laugh with their angsty antics.

Every Jane Austen novel is different, however, as any good Janeite will tell you. Pride & Prejudice is a straightforward romantic comedy about two people who initially can't stand one another, while Sense & Sensibility deals with the drama of unrequited love and second-choice partners. Similarly, Austen's heroines run the gamut, from the barely noticeable Fanny Price in Mansfield Park, to the imaginative and brave Catherine Morland in Northanger Abbey.