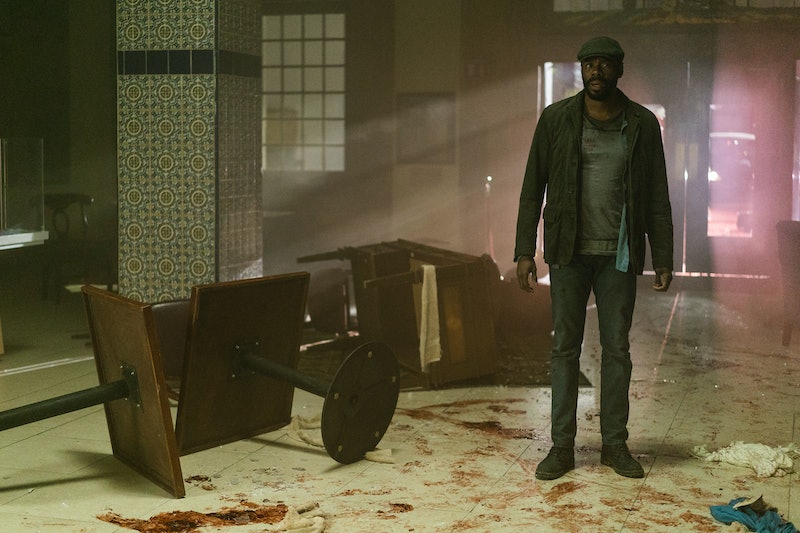 The most charming man on the West Coast of the zombie apocalypse is on a solo mission yet again. He also had a conversation with a cosmonaut, in case you were wondering what happens in Outer Space when zombies roam the Earth. Unfortunately, Strand burned down the Abigail on Fear The Walking Dead and appears to be starting over. Where is he going now?

Having being abandoned by Daniel, and far removed from all of the Otto/Walker drama that the Clarks have found themselves at the center of, Strand is forging his own path. I assume that he won't go too far. On Talking Dead, actor Colman Domingo teased that in the second half of Season 3, Strand would be meeting up with "a few old friends," but didn't specify whether that referred to new characters from Strand's past or his old pal Madison Clark. I can't imagine who he has left in the world to find, but it could go either way! Strand's network in this area is pretty far reaching as far as the apocalypse goes, which is impressive.

Finding the boat and clearing it of walkers was a good bit of closure, but the thing was half sinking and more of a burden than a safe haven. Still, it's a bummer that Strand had to destroy the Abigail entirely. That yacht was such an impressive set; it's too bad they couldn't get her back up and running. Wet zombies plus post-apocalyptic pirates? Yes please. At least Strand got to have a lonely champagne party and nap first.

Maybe he'll explore the coast some more, and find a new vessel. Maybe he and Daniel will be forced to team up again. It's incredible that a man that charismatic hasn't assembled a cult following by now, isn't it? The midseason finale was an existential low point for the character, and it's time for Strand to rise again.