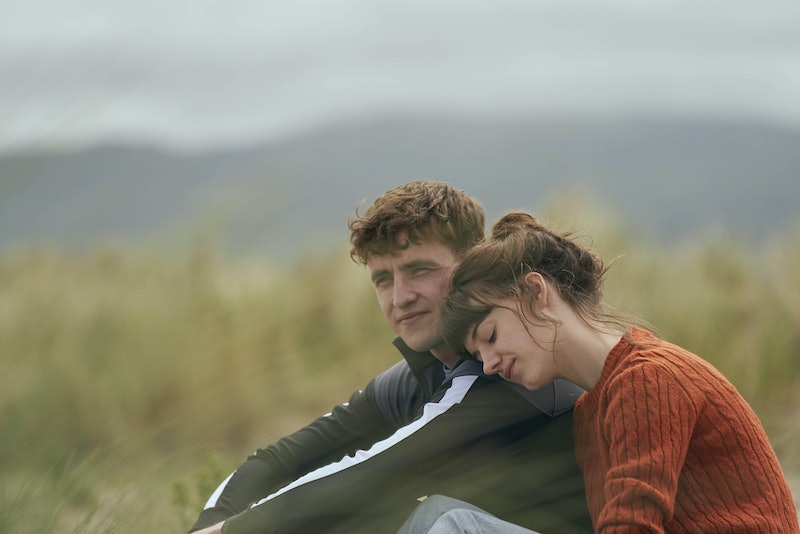 To say there’s been hype around the TV adaptation of Normal People would be an understatement. Sally Rooney fans have long anticipated seeing her second novel come to life onscreen, the images and trailer that have been teased are incredibly beautiful. The cast and crew shot on location in Ireland, Sweden, and Italy. So, where is the beach in episode two of Normal People? The scenes of Paul Mescal and Daisy Edgar-Jones sat on the sand are so picturesque and romantic. While we may not be allowed to go exploring at present, if you're a die-hard Normal People fan, then this where to plant a trip to mimic Connell and Marianne when the lockdown measures are lifted.

Normal People is set in a fictional town in County Sligo. And the beach is found in the North West of the county. It's called Streedagh Beach to be exact and, according to local website Sligo Walks, it's “an impressive 3km long sandy beach located on the north western shore of a sandbar linking Streedagh Point to an area known as Connor’s Island”. You only need to watch Normal People to see how picturesque it is and Sligo Walks explains that the exposed beach with reef breaks creates ideal surfing conditions all year round. So, if you’re brave enough to get in the water that’s definitely an option.

Normal People isn't Steedagh Beaches only claim to fame. It's been reported that three ships belonging to the Spanish Armada were wrecked on the bay in 1588.

Following the storyline in the novel Normal People is shot around County Sligo, with other locations in Dublin, Sweden, and Italy. Rooney was on hand throughout the writing, casting, and filming. She told why the show's setting is so important BBC: “the book is set in a small fictional town in County Sligo, and in a few specific locations in Dublin, and none of us really felt that those places were generic or interchangeable. We were committed to getting the environment right and doing justice to the specific setting of the story, and I think that’s become an important part of the show.”

The locations in Normal People are almost as important as the characters. The vast beach location definitely adds to the storyline as Marianne and Connell appear to stand alone — everything is against them. Similarly, as they move to Trinity College Dublin, the change of surroundings reflects the changes in the characters' lives and relationships. Edgar-Jones said, “in Sligo, she’s [Marianne] a loner, an introvert, she’s very much her own person. She sees the social ladder as something she isn’t a part of. When she goes to Trinity, everything that made her unique and stand out in the wrong way in Sligo, makes her interesting.”

Normal People will be available to stream in its entirety on BBC Three on April 26 and episodes one and two will air on BBC One in a double bill on April 27. The locations and cast bring Rooney’s story to life and you don’t want to miss it.