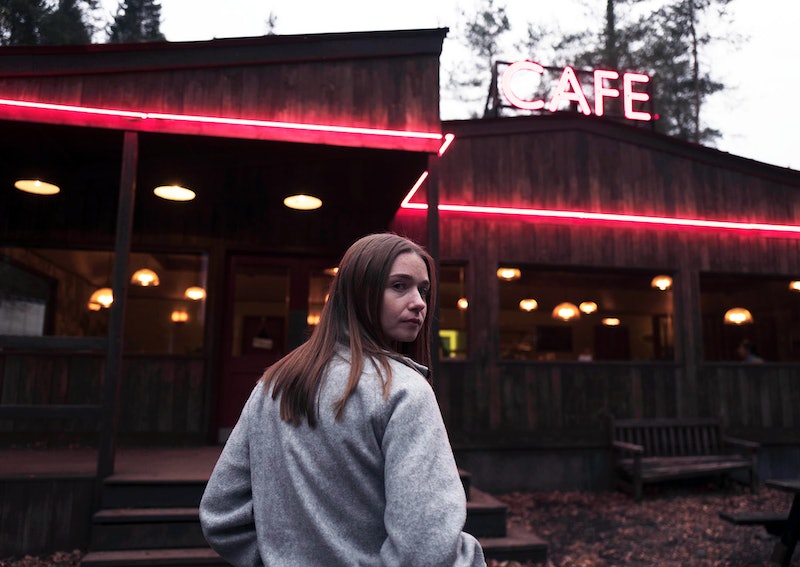 Following a two-year hiatus, Channel 4's The End of the F***ing World will finally be returning on Monday night (Nov. 4). Based on the graphic novel of the same name, the eight-episode series follows two teens as they escape from their mundane lives and decide to travel around the UK. Obviously, there's much more to it than that, especially since one of the teens is a psychopath and initially plans on killing the other. But the road trip aspect of the show has always left me wondering where is The End of the F***ing World filmed?

Well, as the show features places from up and down the UK, it was mostly filmed on location. Counties such as Kent and Surrey were used the most; specifically, areas that replicated American landscapes as the graphic novel is set in, you guessed it, the States. "Jonathan [Entwistle]'s idea was always to try and do Americana, British-style," writer Charlie Covell explained to Channel 4 in a press statement for the first series.

"We were trying to find parts of the UK that didn't look quintessentially British — we filmed the finale on the Isle of Sheppey, and so hopefully there's a feeling of expanse you'd get in the Midwest. I think it was almost trying to do a Fargo-take on Britain, so they move from suburbia to an English version of the wild west."

Leysdown on Sea in the Isle of Sheppey was used, as the Kent Film Office notes, but scenes were also shot across Surrey in "various commercial and residential locations within Camberley, Chobham, Guildford, Thames Ditton, Virginia Water, Windlesham, Chertsey, and Knaphill," according to the Surrey Film Office.

Whether or not these locations have been used for the second series remains to be seen, and I've reached out to a rep for the show to see if that's the case. I've yet to hear back, but I'll let you know if I do.