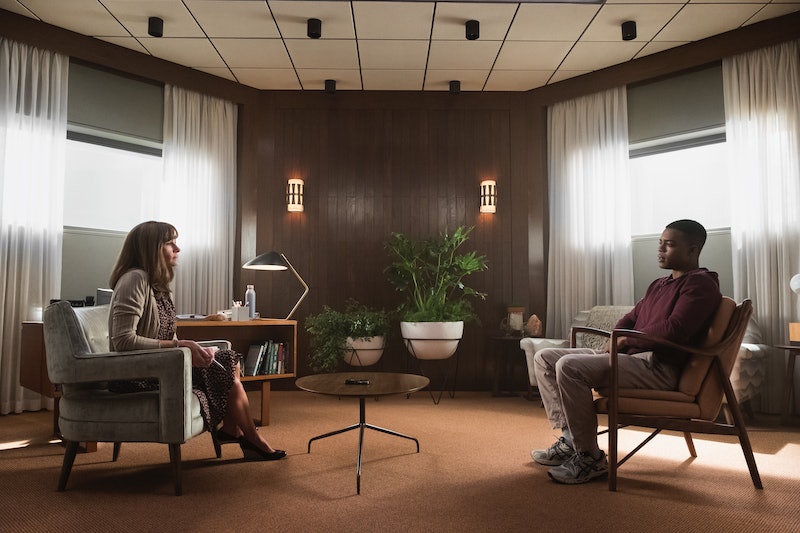 Have you ever questioned your reality, or felt that you were somehow living in an intricately planned set-up? Hopefully not! But for some of the soldiers participating in Homecoming, the fictional rehabilitation program at the center of Amazon's new series of the same name, that feeling of paranoia is very real. One soldier in particular becomes convinced that the officials at Homecoming have been lying to them all about where they actually are. So where is the Homecoming facility actually located? Spoilers for Homecoming Season 1 ahead.

The veterans taking part in the program have been told that they are back home in the United States, partaking in a therapeutic program in Florida meant to help them adjust back to civilian life. But although they can see palm trees outside and feel the sun shining in through the windows, none of them have actually left the facility. Being at Homecoming feels a little bit like entering a time warp, and for one soldier, Shrier, it all seems more than a little suspicious. He becomes wholly convinced that they aren't actually in Florida, but instead trapped in some kind of training facility meant to look like the United States, but really located somewhere else entirely. To the rest of his fellow soldiers, he appears unhinged, but Shrier is determined to prove he's right.

In an attempt to snap Shrier out of his paranoia, another soldier, Walter Cruz, agrees to go with him to go grab a beer, even though neither seem certain they actually can leave whenever they want. After it seems like the receptionist is about to turn them in for attempting to leave, Cruz and Shrier steal a van and take off, leaving Homecoming behind them.

At first, it appears as though Shrier's conspiracy theory might be right after all. The radio in the car isn't working. They don't pass any road signs. And when Walter tries once again to convince his friend that they are for real, 100 percent in Florida, Shrier counters with an interesting point. "Walter," he says with a tone bordering on condescension, "they built a functioning North African village in f*cking Tucson... Look they had the food, all right. The furniture. They had the f*cking smells, Walter, all right? It was perfect. You don't think they could pull off Florida? You think this would be difficult for them?"

When Walter asks his friend who he's talking about — "Who's them? "— Shrier just shakes his head. And when Walter ventures to ask why anyone would put a bunch of soldiers in a fake facility in a recreation of Florida, Shrier gives a chilling answer: "To see what we would do if we were deployed here. At home."

Shrier and Walter finally stop the van in a tiny little town that only heightens the pair's suspicion. It looks frozen in time. The streets are cobblestoned, shop is spelled "shoppe," and there are no street lights. Suddenly, a guard starts heading towards them, and Shrier senses an attack. He punches the guard, who lands on the ground and looks up in fear just in time for Shrier to notice his name tag.

It turns out they had made their way into a retirement community, which explained all the old-timey shops (sorry, shoppes) and cobblestones. The moral of the story? Homecoming actually is in Florida after all — Tampa, to be exact. But even though Shrier returned voluntarily to Homecoming after their getaway, he suffered consequences for his actions, and was expelled from the program.

Still, Shrier's distrust was justified. As the show continues, it's revealed that the soldiers are being secretly dosed with medication that slowly erases their traumatic war memories. This program isn't to help the soldiers battle Post-Traumatic Stress Disorder, or readjust to civilian life, as the soldiers have been told. In fact, the medication inflicts memory loss so that soldiers can be deemed fit to re-deploy. In theory, every time they come back from war, these soldiers would be submitted to the treatment and sent back to war again. And again. And again.

It's horrifying, and Shrier's aggression and paranoia were actually side effects of the medication he was being given without his knowledge. He might have been wrong about where Homecoming was, but he was certainly right to feel he and the other soldiers were being lied to.