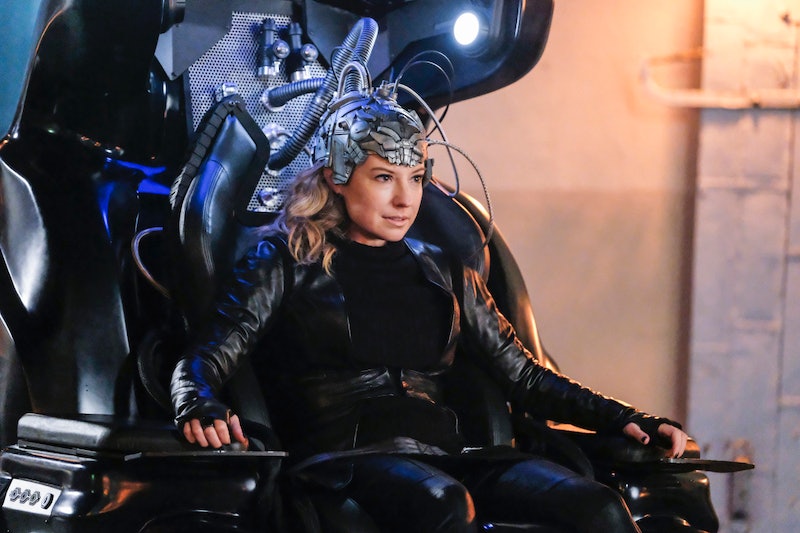 Team Flash took a big hit in The Flash's first post-Winter Olympics episode, "Subject 9." After breaking Barry Allen out of jail and realizing that DeVoe was going after the Bus Metas, things were supposed get easier, but, alas, fate had other plans. In "Subject 9," Cisco figures out where the Thinker's lair is on The Flash, but unfortunately, Team Flash also loses another bus meta to DeVoe.

Barry, Ralph, and the rest of Team Flash are officially on the hunt for the four bus metas. Their first find: a struggling country singer named Izzy Bowin. Though skeptical at first, Izzy agrees to join the team once she faces DeVoe head on and realizes that her life is in danger. After seeing Izzy use her powers of sound manipulation to weaken an already deteriorating DeVoe (in Becky's body), Barry is convinced she could be the secret to defeating him. Unfortunately, Barry is a bit too enthusiastic in his training and he scares her off, leaving her to go after DeVoe herself. Needless to say, it doesn't go too well, and even with Dibny and Barry's help, Izzy still ends up being taken over by DeVoe, which means he now has the power of more than five bus metas.

Thankfully, Izzy wasn't Team Flash's only breakthrough when it comes to defeating the Thinker. A sleepless Cecile, desperate to get some shut eye, turns to Harry when her new mind-reading powers keep her up at night. (Apparently, Joe is a very loud dreamer.) He is able to create a small device to muddle Joe's brainwaves and allow Cecile to sleep. (Or something to that effect; best leave the science to the super geniuses of S.T.A.R. Labs.) And the device gives him an idea: what if he could create a similar thing for DeVoe? Something to slow down his cognitive abilities and keep his meta brainwaves from messing with whoever he came up against, and that includes keeping him from switching bodies. Harry calls it "the cerebral inhibitor."

Fans of The Flash will recognize the name of this fancy new device as the very thing Savitar told Barry would help them defeat DeVoe. The device didn't work in battle — DeVoe was able to hack it using Kilg%re's powers to control tech — so it could be that the device worked in Savitar's timeline, but not the new one he helped create (thanks Flashpoint). However, it could also just be that Harry, Caitlin, and Cisco just need to work on the device a bit more. A visit from Jesse will hopefully help get Harry some inspiration.

Despite the cerebral inhibitor failing and the death of Izzy, Barry and Dibny's latest confrontation with DeVoe did have an upside. Seeing how DeVoe and his chair appeared and disappeared reminds Cisco of warp speed, as seen on Star Trek, which gets him thinking: what if The Thinker isn't disappearing and reappearing to a place on this Earth, or even to a place on another Earth. What if the Thinker's lair is in another dimension? The "Pocket Dimension," as Cisco calls it, is completely theoretical, at least it used to be. The dimension exists outside of space and time as humans perceive it, which allows DeVoe to have the ability to enter and exit the physical world anywhere he wants, hence his almost teleportation like abilities.

Knowing that DeVoe hides out in the Pocket Dimension is one thing; actually finding the lair is another. Still, it's a lead, and now that Cisco and the team have an idea of where to look, they can actually start chasing DeVoe instead of waiting around for him to make a move. Meanwhile, Team Flash is still in a race with the Thinker to track down the last three bus metas. Hopefully Barry's new position as Dibny's business partner will help give them an edge. After all, tracking people down is Private Investigations 101.