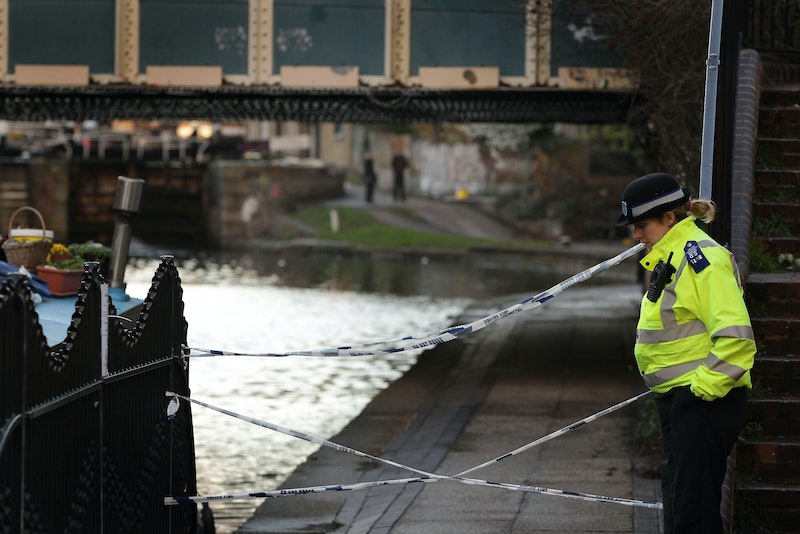 Back in 2012, the murder of the former-Eastenders star Gemma McCluskie sent shockwaves across the country. After she was reported missing, the actor's own brother Tony McCluskie was linked to her disappearance. Following questioning and an arrest, Tony was eventually charged with the murder of his sister. But where is Tony McCluskie now?

According to the Daily Star, Tony McCluskie was sentenced to at least 20 years behind bars, and was initially imprisoned within a segregated area of London's Belmarsh Prison. However, as the newspaper reports, McCluskie was later transferred to Lowdham Grange Prison in Nottingham following a series of personal threats against him. Back in 2016, a Ministry Of Justice spokesman confirmed the move, and said that "people could be moved for all kinds of reasons such as being closer to their family or for security."

As reported by the Guardian, Tony McCluskie was first charged with the murder of his sister Gemma, who played the character of Kerry Skinner in Eastenders, in March 2012. According to the Mirror, Tony was later found guilty of murder in 2013, and faced a sentence of life in prison with a minimum term of 20 years.

Four years after his conviction, Tony and Gemma's father, Anthony McCluskie, opened up about his decision to disown his son. According to The Sun, Anthony made the revelation during a 2017 episode of Crimes That Shook Britain, and explained that his son's lack of remorse is what eventually influenced the decision. He said, "He’s not showing no remorse, not an ounce of remorse. He doesn’t mention her name. I’m trying to support and look after him, but he’s not showing no remorse — and that was it. In the end I went: 'I’ve had enough, Tony'."

Gemma's childhood sweetheart, Rayif Manur, also revealed some details about his ex-girlfriend's alleged killer. During an interview with the Mirror, Manur said, "he would watch all the crime dramas such as CSI and Dexter and anything to do with serial killers. I think he was jealous of Gemma. She was very popular and made her family proud. He had no respect for Gemma and his mum. He was so abusive to them. And in those early days I remember those cold eyes."

As mentioned previously, the shocking murder of Eastenders actor Gemma McCluskie is fully explored in the Channel 5 crime documentary, The EastEnders Murders: True Crime, Real Tragedy. The doc will also look into the murder of Sian Blake, who also previously appeared on the famous soap opera. An official synopsis of the documentary reads, "Two stars of one of Britain’s best-loved soaps, EastEnders, were both killed by someone close to them — Gemma McCluskie was murdered by her brother, and Sian Blake was killed, along with her children, by her partner. Friends of the deceased recall the traumatic events, and experts reveal the how the perpetrators tried to get away with their crimes."

More like this
After The Bling Ring, Nick Prugo Was Embroiled In Another Scandal
By Arya Roshanian
'Line Of Duty’s Jed Mercurio Has A New Crime Drama In The Works
By El Hunt
'The Walk-In' Revisits A Terrifying Real-Life Murder Plot
By Sophie McEvoy
'Line Of Duty' Fans Might Recognise These 'Bloodlands' S2 Filming Locations
By Sophie McEvoy
Get The Very Best Of Bustle/UK