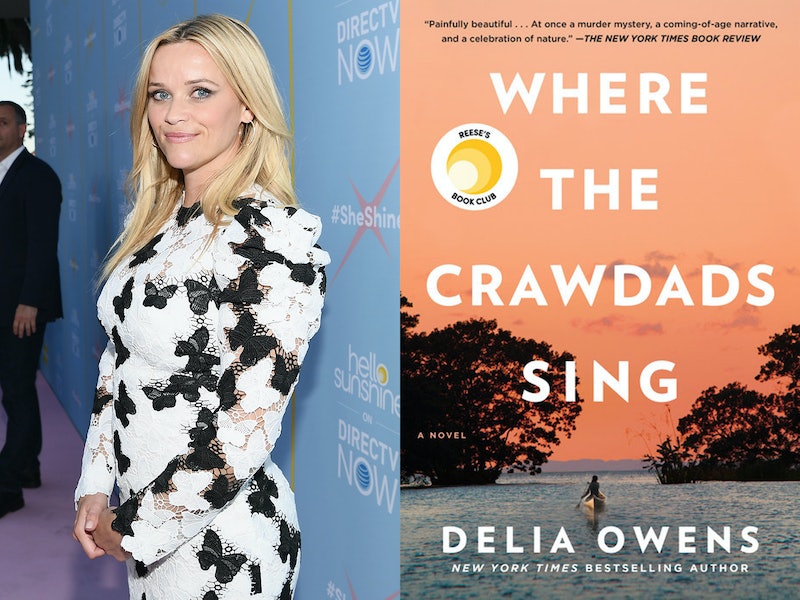 As summer moves into fall, Reese's Book Club x Hello Sunshine book club has the perfect reading suggestion to mark the transition from sweaty afternoons with rosé to cozy nights with cider. The new pick for Reese Witherspoon's online book club is Where the Crawdads Sing by Delia Owens, and you're going to want to add it to your TBR as soon as possible.

Where the Crawdads Sing centers on Kya, a young woman who was abandoned by her family when she was just six years old. Growing up alone in coastal North Carolina during the 1950s and '60s, Kya is demonized by and ostracized from the surrounding communities. When her former lover, a prominent high school athlete, turns up dead in the marshes she calls home, Kya is immediately marked as the prime suspect in his death.

Owens' book is less a thriller than a poignant coming-of-age story. She is the co-author of four nonfiction titles, all related to her travels throughout the African continent. Where the Crawdads Sing is her first novel.

In a blurb praising the novel on the Hello Sunshine website, Witherspoon writes: "I can’t even express how much I love this book! . . . There is so much to her story: romance, mystery, and a murder… and it takes place in the breathtaking backdrop of the South. I didn’t want this story to end!"

Where The Crawdads Sing by Delia Owens, $15.60, Amazon

As a monthly reading pick for Reese's Book Club x Hello Sunshine, Where the Crawdads Sing has an Audible audiobook available now for all subscribers. The Audible version of Owens' book is narrated by Cassandra Campbell, the Audie Award-winning narrator of Small Great Things, When Breath Becomes Air, and Mislaid. The audiobook version of Where the Crawdads Sing is available for free to new Audible subscribers.

Where the Crawdads Sing is the 16th book chosen for Reese's Book Club x Hello Sunshine. Witherspoon's previous selections are:

Reese Witherspoon is known for recommending totally marathon-worthy books to her followers, and this one seems like no exception.Where the Crawdads Sing by Delia Owens is available today from your favorite bookseller or on Audible.