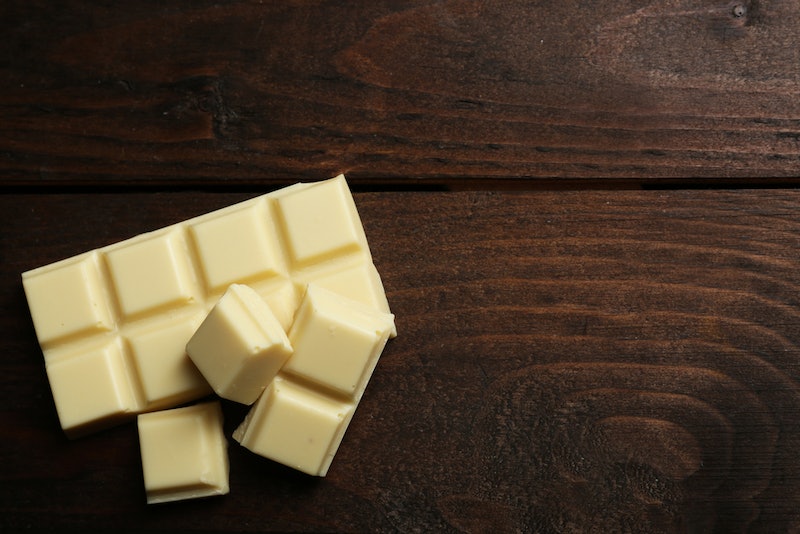 Africa Studio/Shutterstock
By Emma Flynn
May 30, 2018

Women and men have walked on the moon multiple times, the likelihood of people living on Mars looks less and less like the plot of a sci-fi novel, and self-driving cars are an actual reality. Yet, amongst all these amazing feats of human endeavour, the world is still sadly without one of mankind's most famed achievements — Cadbury's Dream bar. But, I have good news. The dark days without the irresistible, creamy white chocolate bar may finally be coming to an end because it's coming back to British soil. Well, kinda. I can already here the "Where can I buy Cadbury's Dream?" question forming in your mind, so let me fill you in.

Sanza, an online food retailer that ships in products from countries where Dream is still available, is selling the bars in the UK. But they're not exactly cheap. The creamy white chocolate will set you back a steep £1.80 for a 50g bar and a whopping £5.45 for the 200g version. It has been said that you can't put a price on happiness, but apparently, you can, and it starts at just under £2.

By the way, after having a browse, I've discovered that Sanza is a veritable treasure trove of rare treats and hard to find snacks. Shoppers can also find the Cadbury Caramello Koala (basically, a pretentious caramel Freddo), a tiramisu flavoured Kit-Kat, and in my opinion, the best thing to ever come out of Australia, Tim Tam biscuits. In three flavours, no less.

The only flaw in the plan is that postage comes in at just under £4 which makes the Dream bars in particular more of an investment than an impulse buy. Aside from moving to South Africa, New Zealand, or Australia, which has yet to be ruled out completely, the most economical way to bring the Cadbury's Dream back to British customers may be to bulk buy, thus lowering the price of each individual bar. Or it may be time for another petition to bring this issue to the Government's attention.

Dream bars were originally brought onto the market in 2002 but due to low sales they were discontinued only a few years later. Look, if time could be turned back, obviously things would be done differently. Sometimes you don't know what you had until it's gone and the somber period the UK and Ireland entered after the fateful day the bar was no longer available was one of the bleakest in history.

As history became separated into Pre-Cadbury's Dream and Post-Cadbury's Dream, a silence descended upon chocolate fans, who were now forced to choose between second-string white chocolate bars. Most, it is believed, would rather go without. Just check out the tweets above.

Thus started a quiet revolution as the people vowed to bring the Cadbury's Dream back to British shops. No longer would they have to settle for less. The power of the people manifested in multiple petitions to reinstate the favoured treat, with one such petition making an emotional call to those who have the power to make a difference. "We all miss them and no ones doing anything about it. We want them back and we want them NOW!!"

Today, more than a decade later, the Cadbury's Dream has resurfaced. Though it still isn't as easy to find as it was in its glorious heyday, those who know where to look will be able to get their hands on one. While the finer details are worked out, one of the original TV ads for arguably the greatest chocolate bar ever is still available to pore over (you can watch the clip above). In the meantime, start saving up and spreading the word, the more man power behind this worthy cause, the sooner it is Cadbury's Dream bars could be back in UK shops.