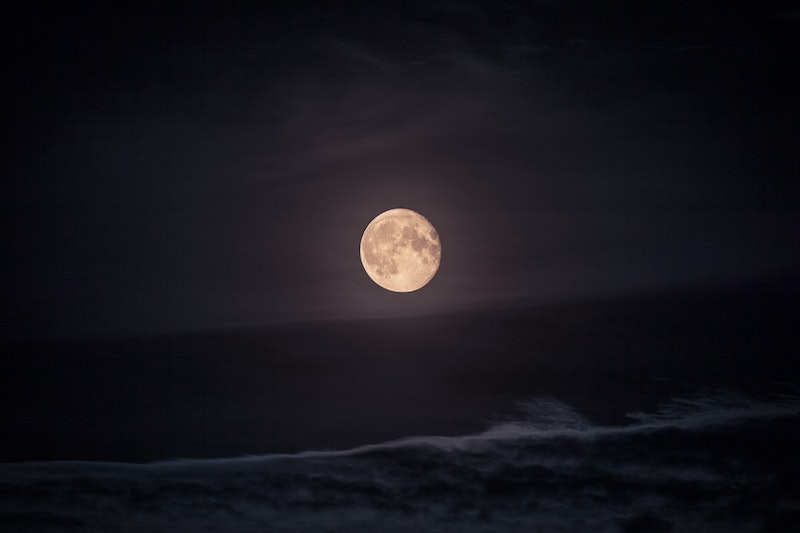 Anders Jilden/Unsplash
By Eliza Castile
May 25, 2017

Supermoons are so 2016. This year, everyone has moved on to figuring out where to see June's minimoon. Well, maybe not everyone, but definitely all the perpetual insomniacs out there with a passing interest in astronomy. You'd be surprised how many people fit this oddly specific criteria, although given that you're reading this, you're probably one of them.

The first question, of course, is what makes a minimoon special enough to warrant media coverage. To put it simply, a minimoon is a full moon occurring near the furthest point from Earth in its orbit. In astronomy, this point is called apogee; its counterpart, the closest point to Earth, is known as perigee. Theoretically, a minimoon can appear up to 14 percent smaller than a supermoon, and it might look a little dimmer. However, a lead visualizer with NASA told Space.com that the difference in size is may be difficult for the average lunar enthusiast — I would say lunatics, but that's already taken —to notice.

If you're bound and determined to catch the minimoon, though, your only chance to see it in 2017 is quickly approaching. According to Space.com, this year's minimoon will reach its fullest point on Jun. 9 at 9:10 a.m. ET.

If you live in the continental United States, there's some bad news. The moon will still be below the horizon at that time, so you'll have to catch the minimoon in the days just before or after it reaches its peak. If you live in Alaska, Hawaii, or Australia, though, you'll be able to catch the moon at its fullest, in all its tiny, dim glory.

Supermoons and minimoons occur because the moon's orbit isn't circular; it's elliptical, with one side closer to Earth. Although the moon itself stays the same size, its distance from Earth makes it appear to get bigger or smaller from our vantage point. On average, the moon is about 238,000 miles away from Earth, but that varies considerably depending on its place in orbit. According to EarthSky.org, the full moon on Jun. 9 will be about 30,000 miles further from Earth than the year's closest new moon on May 25. Incidentally, that's also a supermoon, but it'll be almost impossible to spot — the new moon is too close to the sun to see from Earth. Womp, womp.

Minimoons are on a cycle, returning each year about one month and 18 days after the last one. That means the next minimoon won't occur until Jul. 27, 2018. If stargazing is your thing, be sure to mark your calendar for the minimoon. If it's not, there are plenty of other reasons to get outside on a summer night. I'm sure you'll think of something.