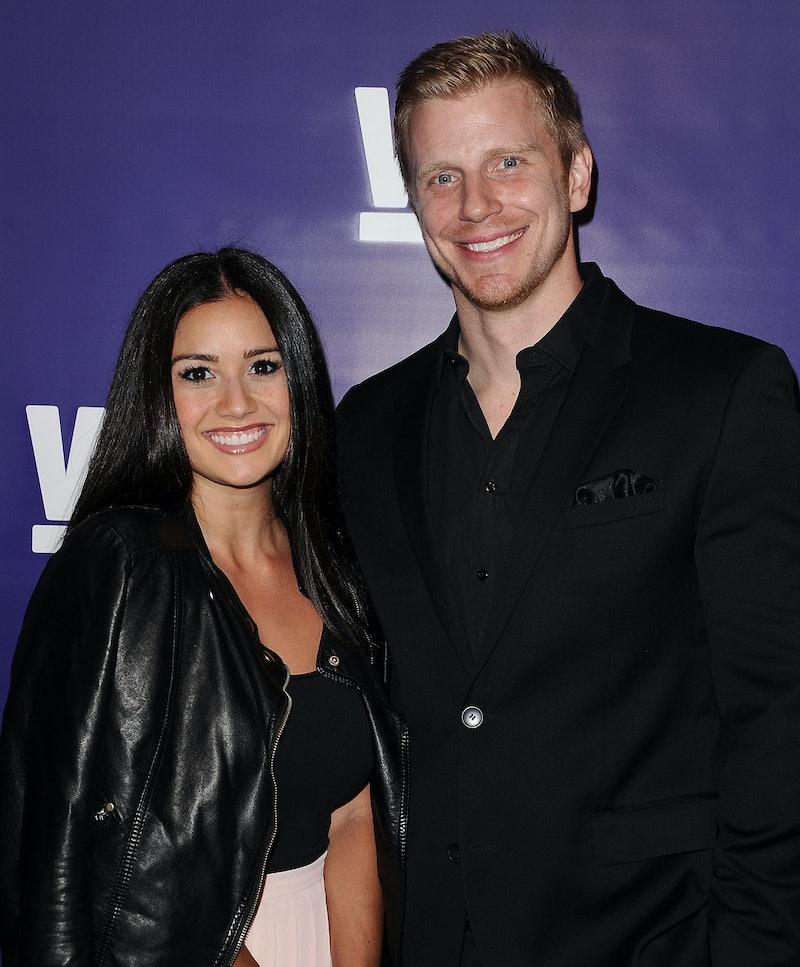 With Clare Crawley's season of The Bachelorette indefinitely put on hold due to the coronavirus pandemic, there's a huge reality TV void that ABC is looking to fill in its spring and summer programming. Now that Listen to Your Heart has come to a close, the network is introducing The Bachelor: The Greatest Seasons — Ever!, which will let audiences relive some of the series' most dramatic moments. This walk down memory lane kicks off on Monday, June 8 with Sean Lowe's Bachelor season, highlighting some of the best — and worst — moments throughout his journey to find love. However, if the episode inspires you to stream Sean's season in its entirety, that could prove to be somewhat difficult — and it comes with a price.

As of now, the only way to stream Sean's season of The Bachelor is to purchase each episode on Amazon for $1.99. Since the season consists of 10 episodes total, that would mean you'd have to be willing to spend just under $20 to get your full Bachelor fix. It's not completely unreasonable by any means, though with so many streaming platforms available these days — and other Bachelor seasons newly available on HBO Max, it may come as a surprise that this season is so difficult to come by.

Believe it or not, the only Bachelor season currently available to stream on Netflix is Jason Mesnick's, while the newly launched HBO Max only provides Season 20 (Ben Higgins), Season 21 (Nick Viall), and Season 23 (Colton Underwood).

In March, ABC and host Chris Harrison were seemingly considering making more seasons of The Bachelor and The Bachelorette available to the public. "If you could see prior seasons what would you want to see?" Chris Harrison tweeted. "Clare’s season with Juan Pablo? Start at the beginning? Trista’s Bachelorette? Weigh in give us your thoughts." However, Sean himself seemed less than thrilled by the prospect and responded to the tweet, writing, “For the sake of my marriage, can I withdraw my season from consideration? I don’t need my wife seeing that. Thanks in advance.”

Obviously, the network had other plans. The Greatest Seasons won't give a full play-by-play of everything that went down during Sean's season, but it's bound to include his relationships with multiple women. Sean remains the first and only Bachelor to have married his final pick, Catherine Giudici, so at least they know their story has a happy ending, even if they end up cringing at some parts along the way.

More like this
This ‘Bachelor’ Spoiler Teases The Dramatic Self-Elimination Of A Fan Favorite
By Grace Wehniainen
Zach Swears He Didn’t Look Up Contestants Before The Bachelor Began Filming
By Brad Witter
This 'Bachelor' Contestant Got Back With Her Bachelor Nation Boyfriend After Going Home
By Grace Wehniainen
'Bachelor' Fans Think Rachel & Clayton Are Dating After This TikTok
By Grace Wehniainen
Get Even More From Bustle — Sign Up For The Newsletter
From hair trends to relationship advice, our daily newsletter has everything you need to sound like a person who’s on TikTok, even if you aren’t.