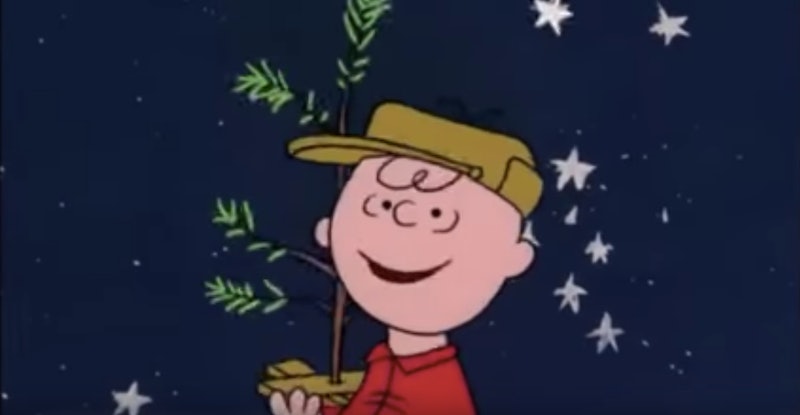 With Thanksgiving now over and the joy of the holiday season officially upon us, it's hard to think of anything better than catching up on some of Christmas' most classic films and specials. Always at the top of the holiday much-watch list is A Charlie Brown Christmas as it has become an annual tradition for many over the years.

The film, which first aired on the CBS network back in 1965, has remained a fan favorite of children and adults alike throughout the years and 2018 will surely be no different. Much like the arrival of Santa Clause, the Charlie Brown Christmas special has become a perennial expectation for many. However, figuring out when and where to watch it can sometime be quite frustrating amidst the hustle and bustle of holiday decorating and shopping. Should you find yourself in a predicament where you're unable to find the fan fave cartoon, the following info may prove to be extremely helpful.

Although, A Charlie Brown Christmas won't be available on Netflix or for free streaming with Amazon Prime, digital copies of the animated film can be purchased on Amazon, iTunes, Google Play and Vudu. Hard copies of the movie can also be found on DVD at Amazon, Target and Walmart. To catch up on other Peanuts end-of-the-year specials, tune-in for I Want a Dog for Christmas, Charlie Brown on Thursday, December 27 at 8 ET and Happy New Year, Charlie Brown, Friday, December 21 at 8 ET, which TV Guide notes will both air on ABC.

As the franchise's very first holiday special, A Charlie Brown Christmas has resonated with viewers for over five decades due to its tackling of heavy topics such as depression while addressing the real meaning of the holiday season. The narrative follows Charlie Brown, who apprehensively approaches the holiday with dread, as he discovers the true spirit of Christmas with a little help from his friend, Linus. In the end, Charlie and his pals celebrate together, after figuring out that the holiday isn't just about buying extravagant presents.

The special, originally commissioned and sponsored by The Coca-Cola Company, was reportedly written and animated over a period of a few weeks, according to New York Magazine. The publication notes that the series was expected to be a complete failure in its airing due to its unorthodox use of a jazz score, the use of untrained children instead of voice actors, and lack of a laugh track — which was a heavily used component in animations during that era.

To the surprise of many, per NY Mag, half of American TV viewers tuned in to watch A Charlie Brown Christmas when debuted on December 9, 1965. The outlet shares that the reviews were also outstanding withWashington Post TV critic Lawrence Laurent writing, “Good old Charlie Brown, a natural born loser … finally turned up a winner.” It later won a Peabody and an Emmy Award and its success led CBS to immediately order four more specials. Since then, it has aired every December for the last 50 years, which is longer than any other holiday program besides Rudolph the Red-Nosed Reindeer.

A Charlie Brown Christmas and its narrative has become timeless. With the holiday season now in full swing, fan will be waiting patiently to tune in to this annual favorite.