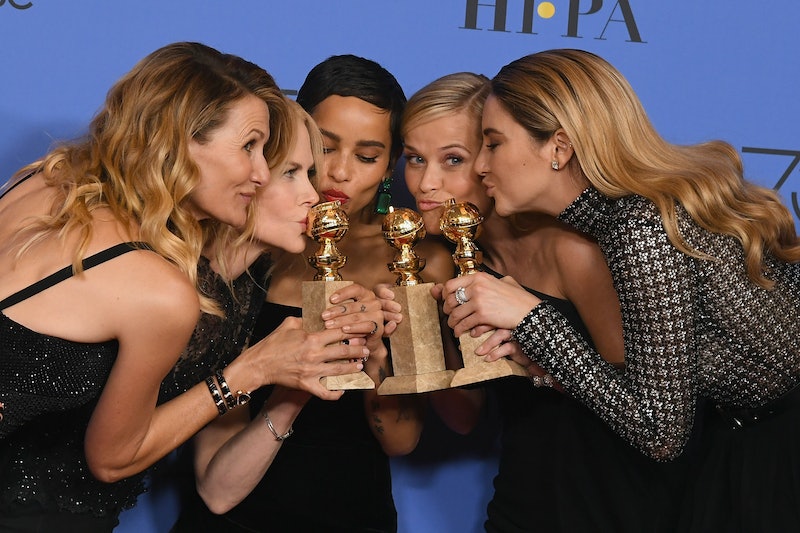 One of the many big events in Hollywood is award season, and now that December has officially begun, it's time for the hype to begin as well. There are multiple award shows to celebrate what critics, actors, and others believe are the best of 2018 in film and TV. The first one up is the Golden Globes, which honors foreign and domestic film and TV. The categories range from Best Picture in Drama and Comedy, all the way to Best Actor and Actress in a Limited Series. To get ready for the January ceremony, you can watch the Golden Globe nominations live on TV and on the internet, so you can get disappointed or excited in the privacy of your home, depending on how the noms go for you.

On Dec. 6, the nominations for the 76th Annual Golden Globes will be announced, starting at 5:05 a.m. PT, 8:05 a.m. ET, at the Beverly Hilton Hotel in Beverly Hills. To watch live, the official Golden Globes Facebook page will have a live stream. You can set a reminder, or follow their page on the day of to see the video. It will also be streaming live on their site.

If you're interested in watching on your TV, NBC will be airing the second group of category announcements. However, if you just want Golden Globe news, and nothing else, you're probably better off sticking to the live streams, since it seems like you'll miss the first set of categories if you watch the Today Show coverage on NBC, and the show isn't only devoted to the nomination announcements as they happen live.

The official press release also mentioned that before the nominees are announced this year, the Hollywood Foreign Press Association (HFPA) — who vote on the winners — will "make a major announcement about the Golden Globes at the press conference." Intrigued? Most likely, so make sure to watch from the beginning. Below is the full breakdown of the schedule:

The nominations are going to be announced this year by a great set of actors: Terry Crews (Brooklyn Nine-Nine), Danai Gurira (Black Panther), Leslie Mann (Blockers), and Christian Slater (Mr. Robot). Alongside them will be HFPA president Meher Tatna, the 2019 Golden Globe Ambassador Isan Elba, and Barry Adelman, Executive Producer and VP of Television at Dick Clark Productions.

The 76th Annual Golden Globe Awards, which will take place Jan. 6, 5-8 p.m. PT/8-11 p.m. ET on NBC, has a lot of fans rooting for their favorites. Leading up to the nominations, fans have been tweeting their hope for Lady Gaga to be recognized for A Star Is Born, and a Golden Globe nomination is not out of the question at all. She's already won one in 2016 for Best Actress in a Miniseries or Television Film for her role as the Countess in American Horror Story: Hotel. And with her performance in A Star Is Born receiving so much praise, it'd be odd if she wasn't nominated.

Whoever you might be rooting for (or against, if that's your thing), then definitely tune in on Dec. 6 to see if your favorites come out on top.