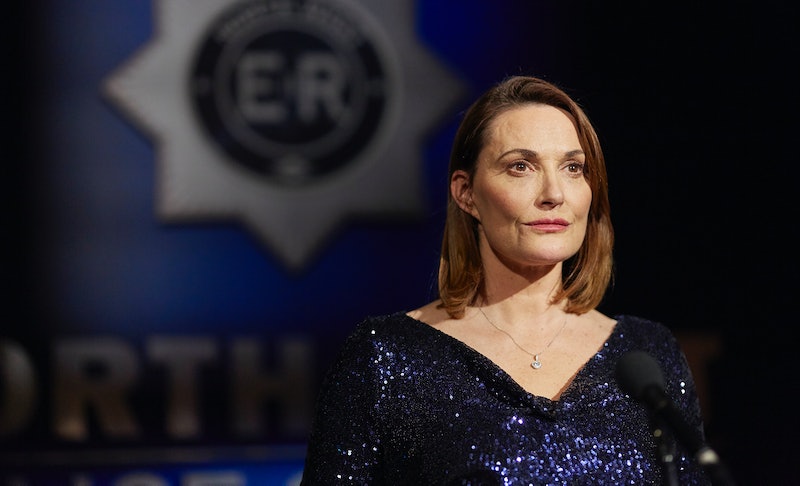 After a lengthy hiatus, ITV's Bancroft is back for a brand new series, and Sarah Parish will return to her role as the ruthless Detective Superintendent. The second season promises to delve deeper into the drama enjoyed by viewers first time around, and will make its long-awaited debut early in the new year. But what else is there to know about the show's second outing? And where was Bancroft filmed?

According to The Sun, the ITV drama is set within a fictional northern city, and much of the show's first season was filmed in and around the city of Manchester. Production has also previously occurred across the Greater Manchester region, in locations such as Bolton and Prestwich — and as OK! reports, Bancroft is known to have filmed scenes within the city of Leeds.

The drama's latest run will follow Detective Superintendent Elizabeth Bancroft as she approaches "the height of her career," however, as the Radio Times reports, the character's success will come at a price, as she becomes increasingly "isolated and estranged" from her beloved son. The second series will also see Bancroft face a "chilling new antagonist," as the repercussions of her past come back to haunt her "in ways she could never have expected."

In addition to Broadchurch's Sarah Parish, series 2 will also welcome the return of Adam Long as Joe Bancroft, Adrian Edmondson as Cliff Walker, Charles Babalola as DS Andy Bevan, and more. Meanwhile, the likes of Charlotte Hope, David Avery, and Jacqueline Boatswain are set to join the cast of Bancroft's second season — which will pick up a couple of years after the events of the first.

According to the Radio Times, the drama's writer and creator, Kate Brooke, explained her ambition to "explore a contentious anti-heroine," who audiences will "love and loathe in equal measure" — before revealing how she is "thrilled to be continuing" the story of the show's protagonist. Bancroft will return to our screens on New Years Day, and air for three consecutive nights on ITV, but can audiences catch up with the series beforehand? Well, thankfully you can, and as previously reported by Bustle, fans can enjoy the entire first season on the recently launched UK-centric streaming service, BritBox.

So, it sounds as if viewers are in for yet another gripping string of episodes, the first of which will air on Wednesday, January 1, at 9 p.m. on ITV. I can't wait.