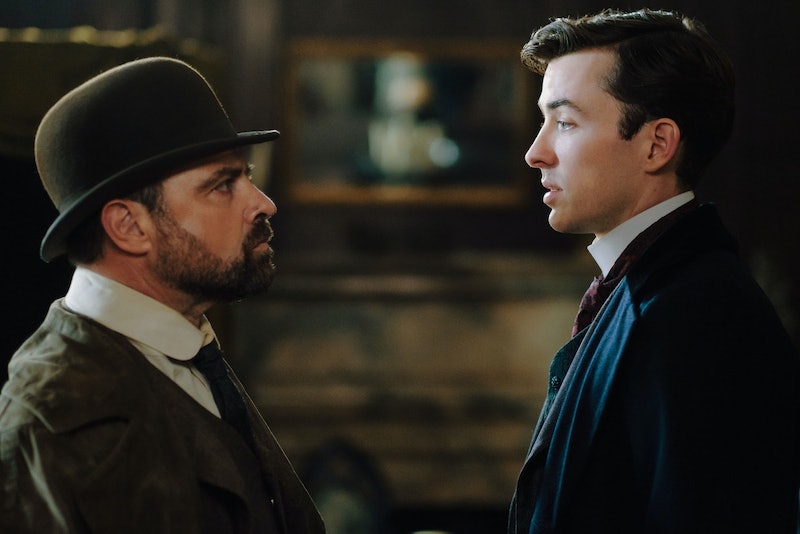 Based on the Liebermann novels by Frank Tallis, BBC's Vienna Blood centres around the investigations of a young doctor and police detective, who combine their psychological and forensic skillset in order to solve unusual crimes. Starring Matthew Beard and Jürgen Maurer, the series is based in Austria's capital city. But where was Vienna Blood filmed?

As iNews reports, production on the adaptation stayed true to the original books, and was primarily filmed across the city of Vienna. Some of the drama's notable filming spots include the Vienna State Opera House, the towering St Stephen’s Cathedral, the capital city's Naturhistorisches Museum, and many more.

Filming in the Austrian capital first got underway in early 2019, the Express reports, and actor Charlene McKenna, who portrays the character of Leah Liebermann in the series, described working in the city as a "dream come true."

"We filmed in winter there and it is so exquisitely beautiful. The shops, culture, food and people were all wonderful. We had a truly special time together in a fabulous city," she recalled.

The BBC thriller is set in 1906 Vienna, and shedding light on the atmosphere of the city during this era, author Frank Tallis explained how Vienna was "an extremely exciting place" with "revolutionary ideas" surrounding "art, literature, philosophy, science, and most notably, psychiatry."

Show-writer Steve Thompson credited the city of Vienna as being "a key character" throughout the drama, and divulged how part of the joy of filming stemmed from getting to know the Austrian capital.

Elsewhere, producer Hilary Bevan praised the show's "wonderful locations," adding that thanks to their "fantastic costume and make up designers," Vienna Blood manages to successfully transport viewers on a journey into the past.

The series follows the brilliant English doctor Max Liebermann, who strikes up an intriguing relationship with Detective Inspector Oskar Rheinhardt. As he struggles with a perplexing case, Rheinhardt begins to utilise Max's extraordinary understanding of human behaviour, and together the pair go on to crack some of Vienna's most mysterious cases.

Vienna Blood is currently re-airing on Wednesdays at 9 p.m. on BBC Two.

More like this
'The Catch' Revisits A Famed Irish Filming Spot From 'The Tudors'
By Darshita Goyal
This First Look At 'The Gold' Shows Jack Lowden In A Whole New Light
By El Hunt and Sam Ramsden
'The Traitors' Is Officially Being Turned Into A Board Game
By El Hunt
Armani Jackson Is Following In His Famous Actor Sister’s Footsteps
By Catharina Cheung
Get The Very Best Of Bustle/UK
Sign up for Bustle UK's twice-weekly newsletter, featuring the latest must-watch TV, moving personal stories, and expert advice on the hottest viral buys.