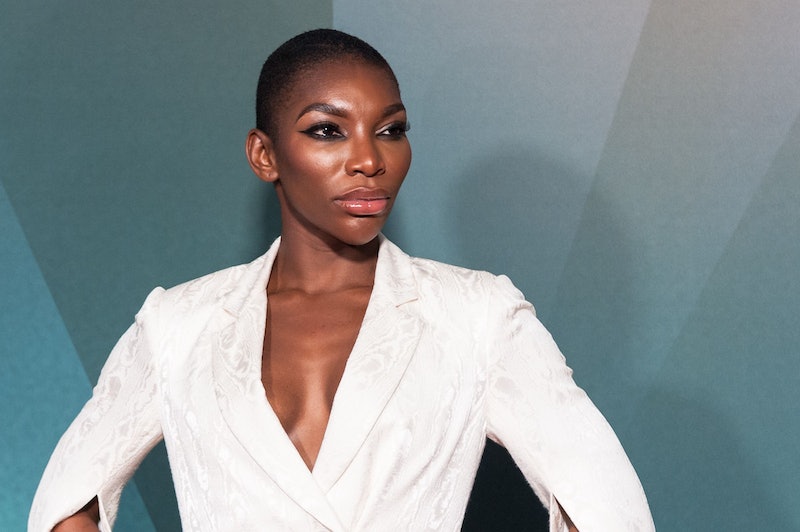 In what might be one of the most talked about films of the season, Been So Long is the new flick to promote Michaela Coel's (of Chewing Gum, Black Mirror, and tons of other shows you should see) incredible acting chops. As well as boasting a cast of both experienced and new acting talent, Been So Long features some pretty stunning shots of a city, soaked through with neon light, that I personally would really like to take a trip to. Once you see it, I'm sure you'll also want to know, where was Been So Long filmed?

Well, production company Film4 said it was shot "across London," but the most recognisable scenes are in London's Camden. Coel told the Press Association, "The nice thing about it is very London people were cast and we all had a strong rapport and would improvise all the time, and it was because we know where we are from." Director Tinge Krishnan added that it was important to show the London she knew. “We knew that we didn’t need another Richard Curtis version of London," she said. "We didn’t want one, we want one where there are people that we recognise and people that we see. Notting Hill felt a bit missing for us, in terms of representation, so that was quite a conscious decision.”

If the past few years have been any proof, musicals on the big screen have been making a comeback in a huge way. La La Land nearly won that Oscar, The Greatest Showman is currently one of the highest grossing films of all time, Forbes reports, and I'm about to go to the cinema to see A Star Is Born for the third time in a month. And now, this. Netflix's Been So Long has brought all the high stakes romance, and tunes-to-sing-in-the-car-for-months-after straight from Hollywood and into the UK. More specifically, Camden has finally become a setting for what might be the world's least cheesy musical.

"Set against the backdrop of an ever-changing city," the Film4 production site writes, "Been So Long is a fresh take on love, life and moving on." It follows "a dedicated single mother who, on a rare night on the town is charmed by a handsome yet troubled stranger," which brings up "old and new feelings."

It's the second film from BAFTA award winning director Krishnan, who won the award back in 2001 for her short Shadowscan. If you fancy some grittier viewing after this musical soirée, I highly recommend watching Krishnan's short, which follows two Asian-British doctors during their nightshift at a hospital. But if the director, the music, or the gorgeous London setting aren't reeling you in yet, then I think that lead actress Coel may be the film's biggest draw.

It's her first leading part in a film, and this lady's got the range. All eyes have been locked on her ever since creating, writing and starring in the hysterical Chewing Gum — a show about a Beyoncé obsessed 24 year old — which is eerily relatable. And like Chewing Gum, Been So Long also takes place in Cole's hometown of London.

"The film’s soundtrack will feature original tracks composed by Christopher Nicholas Bangs, influenced by the backdrop of London’s historic music scene, ranging from Caribbean Soca and soul jazz, to punk and acid house," writes Variety. Dancing through the streets alongside Cole will be Pride's George Mackay, Joe Dempsie (AKA Chris from Skins), as well as Arsher Ali, of new BBC show Informer.

The Times has already called Cole's return to the screen "magnetic," while The Independent has recognised that the film is just as much a love story between the two leads as it is a love letter to London. "Whether it’s the canals, council flats, cafes or clubs or the streets themselves, every setting here is given a surprisingly romantic sheen," film critic Geoffrey Macnab. But look out for a killer routine in front of a kebab shop. That's where the real romance lies.