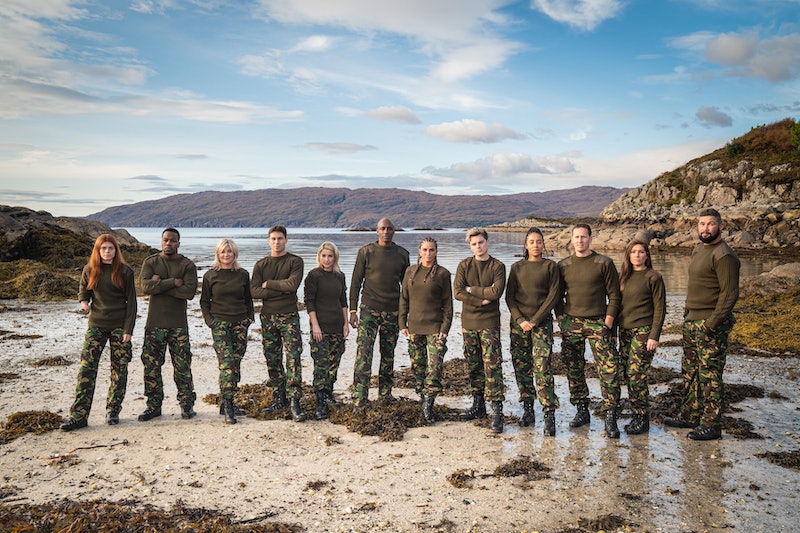 The UK may be in limbo thanks to the COVID-19 lockdown, but at least the telly schedule is providing some sense of normality. Especially tonight, as Celebrity SAS: Who Dares Wins is finally returning to screens. While seeing this years line-up rise to the challenge is the show's main pull, I can't wait to marvel at the scenery since the nation is limited to the outside world at the moment. So where is Celebrity SAS: Who Dares Wins filmed?

Filmed in 2019, the celeb version of the series is filmed off the coast of Scotland on the island of Raasay. With a population of 192, per iNews, it's the perfect place for SAS instructor Ant Middleton and his team to put their recruits to the test. Described as one of the world's "most geologically diverse landmasses", its rocky terrain and perilous peaks are challenging to explore casually.

But that hasn't stopped this year's contestants, which include the likes of Joey Essex, Katie Price, Brendan Cole, and Jack Maynard, from taking on one of the most brutal tests of physical strength and mental ability. There are 12 celebs in total, which results in a pretty hefty production on the small island. "They have done up an old building for accommodation for the contestants and the interrogation rooms," a local told The Press and Journal in Oct. 2019. "They have hired out three or four big boats and Ribs (Rigid Inflatable Boats) and they have got a helicopter."

The local also gave the publication a little insight into how the celeb version differs to the regular version, in terms of where the contestants go once they're kicked out of the programme. "Last week when it was the normal contestants, when they got booted out they were going over on the ferry to Skye every morning and getting a lift to inverness," they explained. "The celebrities are getting taken off by private boat to Portree and on to Inverness by private car."

When the isle isn't full of the Who Dares Wins production team, there are plenty of things to do on Raasay for the casual visitor that are more relaxing than releasing your inner Ant Middleton. As Visit Scotland notes, at just 14 miles wide the isle "is a paradise for walkers, nature lovers or those who just want to escape and experience the peace and tranquility of island life." Rassay is also home to an abundance of rare wildlife, including golden eagles, sea eagles, otters, seals, and dolphins.