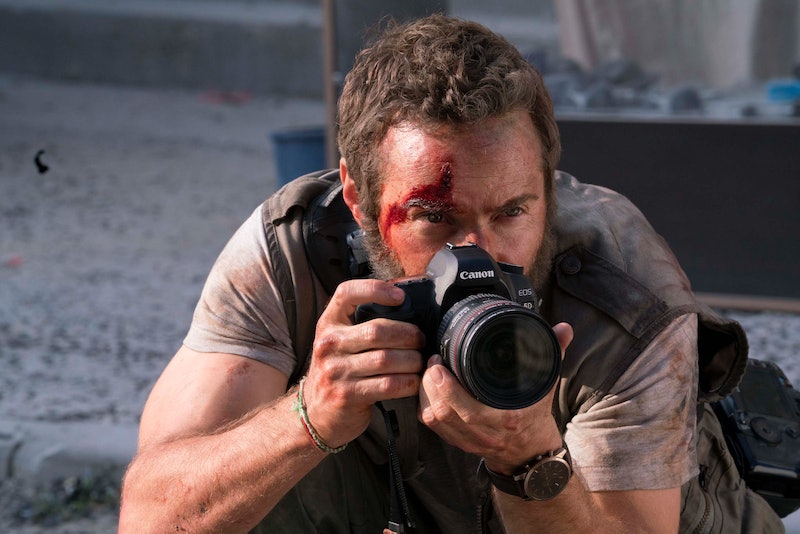 The brand new Channel 4 miniseries Chimerica explores the relationship between the East and West, and delves into some of the most important issues in modern society. The thriller is set against the run-up to the 2019 U.S. Presidential election, and is based on the 2013 play of the same name. But what else is there to know about this exciting new series? And where was Chimerica filmed?

As reported by the Evening Standard, the Channel 4 thriller was filmed in Bulgaria and the UK, and footage which took place in Beijing and New York was superimposed into various scenes. According to Drama Quarterly, some filming took place on set at the Twickenham Studios in South-West London, and Dunsfold Aerodrome in Surrey was used to recreate the 1989 Tiananmen Square Massacre. One of the show's executive producers, Adrian Sturges, explained that green screens and CGI were used at the airbase to create the large scale illusion — and revealed that the series "managed to hire one of the Russian tanks the Chinese used in Tiananmen Square to stage the Tank Man moment." The thriller's lead actor, Alessandro Nivola, also previously confirmed one of Chimerica's filming locations after sharing a tweet during production in Bulgaria.

During an interview with Channel 4 about the upcoming miniseries, the show's director, Michael Keillor, praised his talented design team, and went into further detail about the CGI technology that helped bring a historical moment to life on screen. He revealed, "for Tiananmen Square we went to an airfield and we re-created part of the architecture of the square and we have used CGI to complete it. Kristian (Milsted) was instrumental in doing the research and pulling together ideas of what Tiananmen looked and felt like at that time."

As previously mentioned, the series is based on the 2013 play of the same name. However, one major difference between the two productions is the inclusion of President Donald Trump's 2016 election. Speaking to Metro at the 2018 British Independent Film Awards, Nivola shed light on the decision to include Trump. He explained, "ever since Trump was elected, to pretend that hasn’t happened is impossible — it’s been the defining event of the past two years. So given that one of the big events in the story is that my character — having become a famous photojournalist — is discovered to have doctored one of his pictures just before the election… when Trump is calling everything fake news, it raises the stakes in a big way to have him bought down by having done something that is morally and ambiguous wrong."

Given the current political climate, Chimerica couldn't be arriving at a better time, and I cannot wait for this thrilling new series to get going.

Chimerica begins airing on Wednesday, April 17 at 9 p.m. on Channel 4.