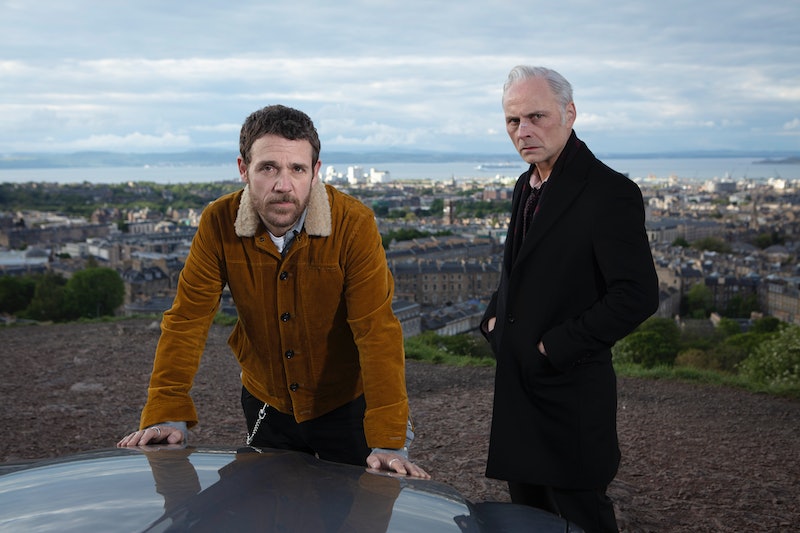 BBC Two's latest black comedy-drama Guilt tells the story of two brothers who's lives are turned upside down after a fatal car accident. Set within the Scottish city of Edinburgh, the six-part series follows the brothers as they carry the burden of being accidental murderers, and stars the likes of Line Of Duty's Mark Bonnar and Game Of Thrones star Jamie Sives. But where was Guilt filmed?

Well, despite being set in Scotland's capital, the majority of filming took place elsewhere, and when speaking to the Scotsman, those working on the show revealed that tourists and production costs are what led to this creative decision. Filming for the BBC drama primarily took place at the Parkhouse Business Park in Glasgow, whilst scenes set in the port district of Leith were instead filmed across the town of East Kilbride. However, various scenes did wind up being shot within Edinburgh, and locations such as Charlotte Square are featured throughout Guilt. According to the newspaper, producers hoped that the official residence of the First Minister of Scotland, known as Bute House, could be used as a filming spot, however, due to Brexit-related security fears, production ended up taking place within a neighbouring building.

Speaking about the decision to film mostly outside of Edinburgh, the BBC series location manager, Tim Maskell, explained how filming in Scotland's capital is up to 30% more expensive than other nearby cities, whilst Guilt producer, Jules Hussey, revealed that the "hellish" amount of tourist footfall made it almost impossible to film across the city.

The new series gets underway on Wednesday, October 30 at 9 p.m. on BBC Two, and follows the story of brothers Max and Jake — who accidentally run over and kill and elderly man. The pair opt to cover up their crime, and hope the death will be passed off by police as natural causes. However, after the suspicions of neighbours and relatives begin to arise, the brothers actions slowly start to catch up with them, and the attempted cover up begins to unravel.

Guilt stars on Wednesday, October 30 at 9 p.m. on BBC Two