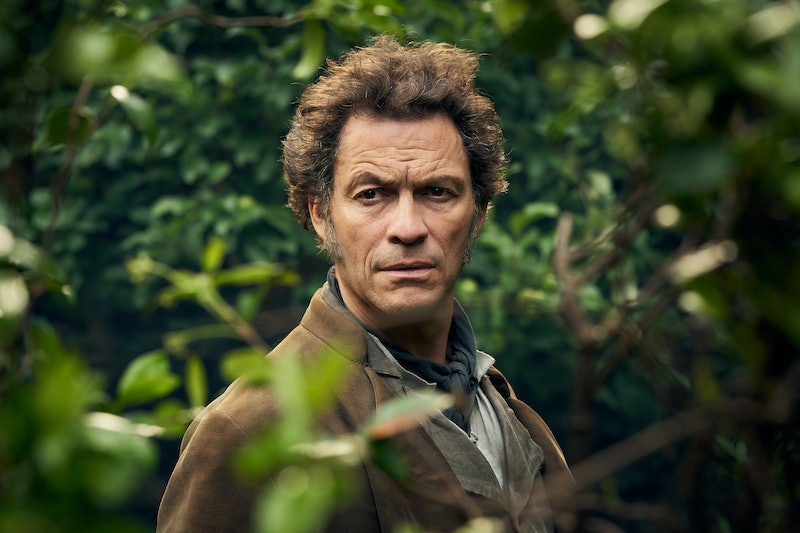 The TV adaptation of Victor Hugo's 19th-century literary classic, Les Miserables, is coming to the BBC at the end of December. In contrast to the West End production and the hit 2012 film of the same name, this version will not feature any music or singing, and will instead focus solely on the dramatic story. The BBC drama includes an impressive lineup, including The Wire star Dominic West, but where was Les Miserables filmed?

According to the Telegraph, filming of the television series took place close to the original story's roots, with early shooting taking place in both Northern France and Belgium. The BBC adaptation follows the story of a French peasant known as Valjean (Dominic West), who seeks redemption after serving nineteen years in jail for stealing a loaf of bread. According to iNews, when discussing his portrayal of Valjean in the upcoming BBC series, actor West said:

"The most interesting thing about Valjean is his moral core and his battle with his own demons to be a good man. He is a true hero in that way. He is constantly persecuted but he strives to save others’ lives and do the right thing."

As reported by the Radio Times, other members of the cast include David Oyelowo as the ruthless policeman, Javert. Broadchurch actress Olivia Colman will portray the character of Madame Thénardier, whilst Lily Collins will play Fantine, a young orphaned single mother — who was previously portrayed by Anne Hathaway in the 2012 film version of the classic story.

Completing the stellar line-up of the new series, which starts on 30 December at 9 p.m. on BBC One, are Ellie Bamber as Cosette, Adeel Akhtar as Monsieur Thénardier, Erin Kellyman as Éponine and The Durrells star Josh O’Connor as Marius. As previously reported, this particular version of Les Miserables will not be a musical, and although this may be disappointing news for those looking forward to a singalong, the series still promises to provide some captivating festive viewing.

At the helm of the BBC adaptation is writer Andrew Davies, who has previously worked on other classic reworks including War and Peace, Pride and Prejudice and more recently Netflix’s House of Cards. According to the Radio Times, Davies delved back into the original novel when writing the series, which in turn meant ditching the iconic songs. A BBC statement about Davies and the new series reads "Multi award-winning screenwriter Andrew Davies will go back to the original novel and delve deep into the many layers of Hugo’s story, revelling in Jean Valjean and Javert’s cat-and-mouse relationship, against the epic backdrop of France at a time of civil unrest."

The BBC statement continues on to say "With a striking intensity and relevance to us today, the novel is testimony to the struggles of France’s underclass and how far they must go to survive. The six part television adaptation of the renowned book will vividly and faithfully bring to life the vibrant and engaging characters, the spectacular and authentic imagery and, above all, the incredible yet accessible story that was Hugo’s lifework."

Due to the lack of musical content, the BBC reimagining of Les Miserables perhaps isn't what modern audiences will be expecting. However, due to the impressive cast and talented team of writers, I'm sure this series will make for some revetting Christmastime television.