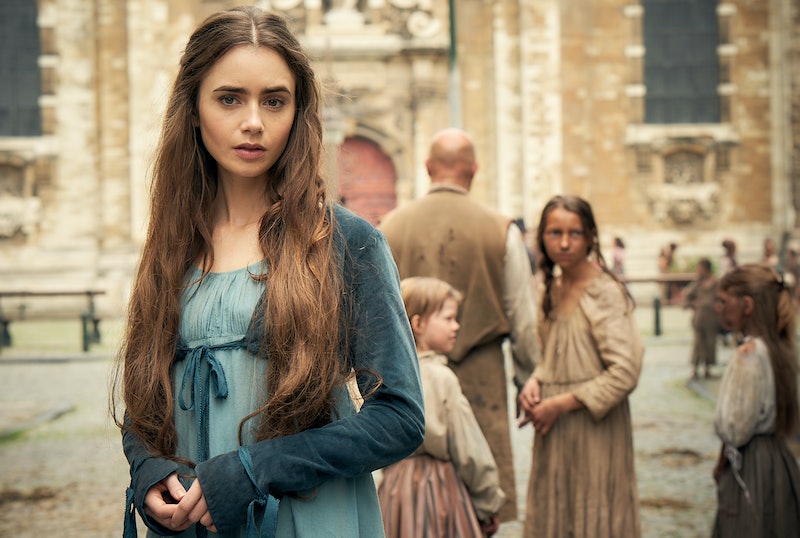 Do you hear the people sing? Maybe, but the music definitely isn’t coming from BBC One’s upcoming Les Misérables adaptation. The story written by French novelist Victor Hugo and popularised by the stage and movie musical of the same name is getting a cut and dry television adaptation. There won’t even be a whisper of Hugh Jackman or Anne Hathaway’s vocals however, as screenwriter and producer Andrew Davies has no time for the musical’s iconic score. So, why is BBC’s Les Miserables not a musical? It comes down to a couple of things, but it certainly doesn’t help that Davies doesn’t have a high opinion of the West End production.

Back in 2016, Andrew Davies was asked about his upcoming project and whether or not somebody would bust into a rendition of On My Own amidst the drama. It seems like it was pretty unlikely as he revealed to The Guardian, "I have a dreadful memory of the musical." He continued, "I thought it’s important that people realise there is a lot more to Les Misérables than that sort of shoddy farrago. The book needs a bit of a champion." And well, it sounds like Davies is the man to do it as he’s the master of book-to-screen adaptations.

He’s written screenplays based on other famed novels in the past including Pride and Prejudice (yes, the Colin Firth one), Sense and Sensibility, The Three Musketeers and 2016’s War & Peace. On the more current end of the spectrum, he’s also been responsible for two mammoth franchises based on books: both BBC’s and select episodes of Netflix’s House of Cards, as well as Bridget Jones’ Diary.

It seems pretty impossible that we’re not going to hear even a snatch of Jean Val Jean’s booming vocals, but there’s a tiny fragment of hope if you’re a musical stan. He relented, "Nobody sings. Well they might sing the odd song but they don’t yell great things like they do in the musical."

I’m not going to lie, I’m a musical kid at heart so this news cuts deep. However that said, the original Victor Hugo novel is widely regarded to be a masterpiece and Davies probably has a point that it needs its time in the sun. (The musical’s already gotten its own Tom Hooper movie, after all.) Given that the first trailer has just dropped below, I’m starting to come around to the idea TBH — especially because the cast is absolutely stellar.

It’s set to be a pretty mammoth project as it’s being co-produced by BBC Studios, Lookout Point, and Masterpiece. Although there’s no exact release date confirmed, the BBC did reveal that the six part series would air at some point next year. Fingers crossed it’s the earlier half, if they’ve already got a trailer together than hopefully that means they’re nearly done and dusted with the rest of the show.