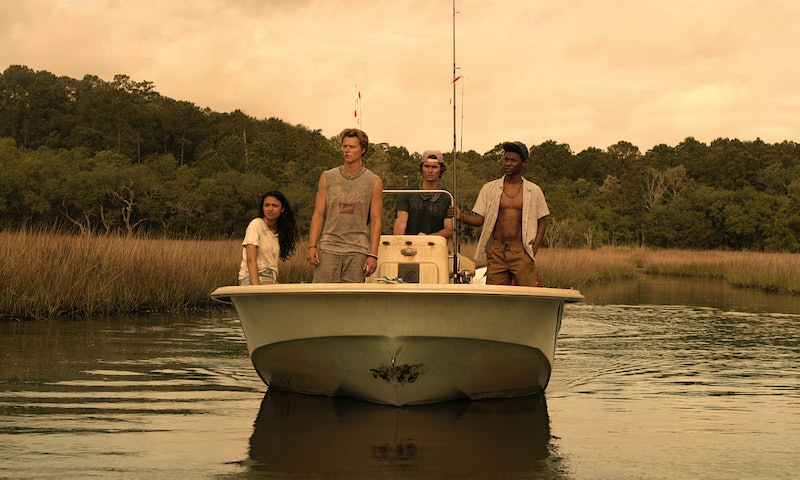 Netflix's new YA drama, Outer Banks, follows a group of teenagers going on a centuries-old treasure hunt off the coast of North Carolina. It's set in the fictional town of Kildare, but according to the Wilmington Star-News, Outer Banks was filmed in Charleston — which is actually in South Carolina, about eight hours away.

Per the Star-News, series creator Jonas Pate originally wanted to film in the North Carolina town of Wilmington, which is a bit closer at around four hours away. However, they eventually decided to film in South Carolina due to North Carolina's Public Facilities Privacy and Security Act, or HB2. Originally passed in 2016, the controversial bill prohibited people who are transgender from using bathrooms and locker rooms that align with their gender identity in schools and government buildings, among other restrictions. As a result, many musicians canceled their concerts in the state. HB2 was technically repealed in March 2017, but as reported by the New York Times, it won't fully go out of effect until the end of 2020. So, Netflix decided to take their business elsewhere.

Pate — who's from North Carolina himself — told local newspaper The Fayetteville Observer that it "hurts to see a production about North Carolina go to South Carolina," particularly since production was slated to spend around $60 million in the state. But that, "This tiny law is costing [the state] 70 good, clean, pension-paying jobs and also sending a message to those people who can bring these jobs and more that North Carolina still doesn't get it."

Instead, Outer Banks filmed around Charleston in places such as Shem Creek, the Old Village in Mount Pleasant, McClellanville, Charleston Harbor, and the Morris Island Lighthouse, according to Charleston paper The Post and Courier. James Island, Johns Island, Hunting Island, and Kiawah Island were also among the show's filming locations.