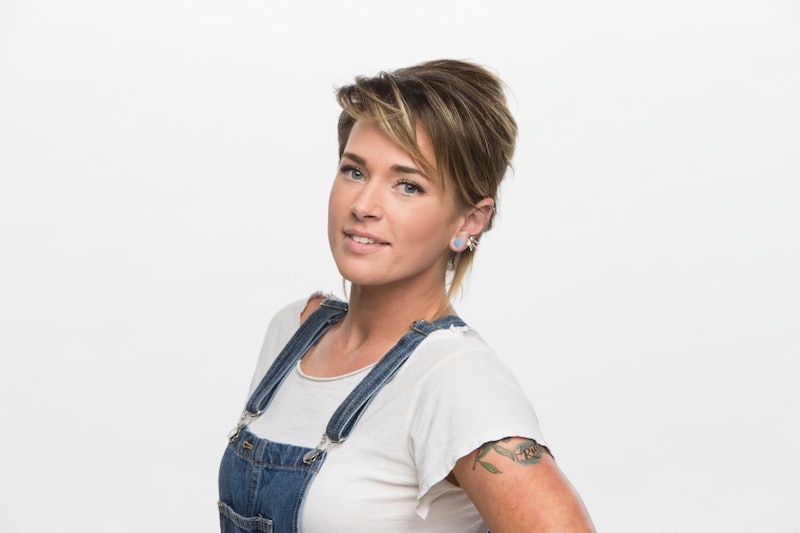 Fighting to stay off the block on Big Brother is hard enough as a human — trying to do so as a robot, however, is another thing entirely. And yet that's exactly what Sam was forced to do during her first few weeks inside the Big Brother house. Luckily for Sam, that particular punishment has come to an end, but it still left many fans wondering about the logistics of that arrangement. Where did Sam go when she was a robot on Big Brother? Host Julie Chen has finally divulged a few details on the matter during a recent interview with Entertainment Tonight, though it may leave you with more questions than answers.

“She is in a little room across from the soundstage [where the Big Brother house was built], isolated by herself,” Chen told the outlet. “And then, when she sleeps at night, she is off-campus somewhere else in a separate house by herself. By the way, it’s probably a vacation.” The little room arrangement makes a lot sense, given that it would allow Sam to easily slip back into the house if her robot counterpart went offline. But exactly how little was this little room of hers? Was there food provided? Did she have access to a bathroom? Presumably she must've been given a TV screen that allowed her to see through the eyes of the robot (hence why she was able to respond when other houseguests spoke to RoboSam), but was she ever allowed to do anything else? With no one around to talk to directly, that had to be very lonely, unless Chen dropped by to hang out with her for a bit.

Chen didn't go into any further details on the matter, but it'd be fascinating if an entire episode was dedicated to seeing what Human Sam was up to during the times that Robot Sam was in play — almost like a Big Brother episode inside another Big Brother episode. (That's some Inception-level stuff right there.)

As for the other "off-campus" location where Human Sam slept, a safe assumption could be that she was taken to what will later become the Big Brother jury house, though that has yet to be confirmed. One can only hope that Sam will reveal further details of how she spent her time away from the house at some point. She may not be able to discuss it while she's still in the game, but perhaps when the season is over fans will get some more concrete answers.

Sam's switcheroo act was certainly interesting to watch, but it definitely presented a fair set of challenges for Sam herself, particularly because it made her feel like it interfered with her social game. Yet, with every cloud comes a silver lining, and in Sam's case that silver lining meant becoming the most trending houseguest of the week, granting her access to a Power App from the BB App Store. Sam chose the “Bonus Life" option, giving her (or the houseguest of her choosing) the chance to return to the game if evicted. However, if she neglects to use the power during the first three evictions, it's automatically given to the fourth person eliminated.

Now that Sam no longer has to share her time in the house with an Android, she should be able to establish some stronger alliances and really focus on using this power to her advantage. Maybe the whole robot ordeal will end up working in Sam's favor, giving her an outside perspective that none of the others have received. Only time will tell how the rest of the season will play out, but at least we've been offered a little bit of insight into Sam's time as a robot. And for those already missing her alter ego, just remember — there's always Zingbot to look forward to in the weeks to come.