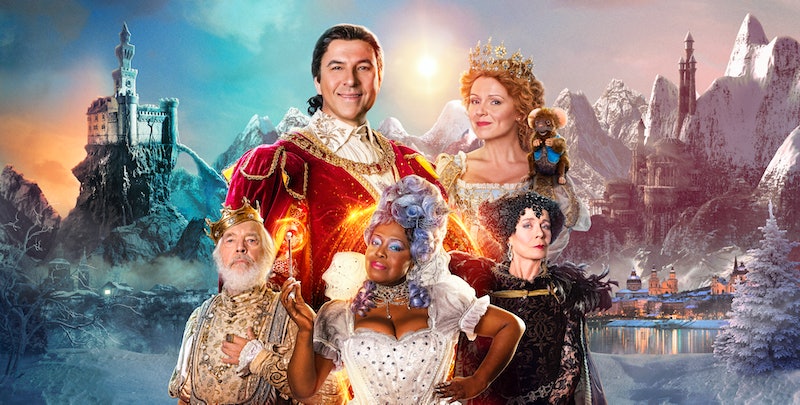 Sky's Cinderella: After Ever After picks up from where the original fairytale left off, and centres around Prince Charming and Cinderella's post-marriage life, which unfortunately, isn't quite as idyllic as many would've presumed. The cast of the one-off special includes the likes of David Walliams and Sian Gibson, and is set to headline the channel's 2019 festive TV line-up. But where was Sky's Cinderella: After Ever After filmed?

As it stands, details surrounding the show's filming locations are yet to be revealed. However, I have reached out to the broadcaster for comment, and will update with any new information once it becomes available.

The Sky One Christmas special promises to bring audiences a unique twist on the classic Cinderella story, and will in turn ask the question, what happens after ever after? Well, the story kicks off shortly after Cinderella and Prince Charming's fairytale wedding, however, married life isn't all it's cracked up to be, and serious doubts surrounding the pair's relationship begin to emerge. Cinderella: After Ever After will also follow Cinderella as she fights off the traps of her evil stepmother Madame Blackheart, and idiotic stepsisters, Dumbella and Rubella.

The hour-long special marks Walliams' return to Sky One, following two previous TV adaptations in the form of The Queen and I and Ratburger — both of which achieved significant success during the festive period. Speaking of his latest Christmastime project, the Britain's Got Talent judge teased that "for the first time in history" viewers will discover "what happened next for Cinderella, Prince Charming and the Wicked Stepmother" — and the show's executive producer, Jo Sargent, mirrored Walliams' enthusiasm, by promising that this "reincarnation of a classic fairy-tale" will "finally answer the question that children have pestered their parents with for generations — 'But what happened After Ever After?'"

Cinderella: After Ever After airs on Thursday, December 24, at 8 p.m. on Sky One and NOW TV — and if you happen to miss the special first time around, you can catch a repeat on Christmas Day at 5 p.m.