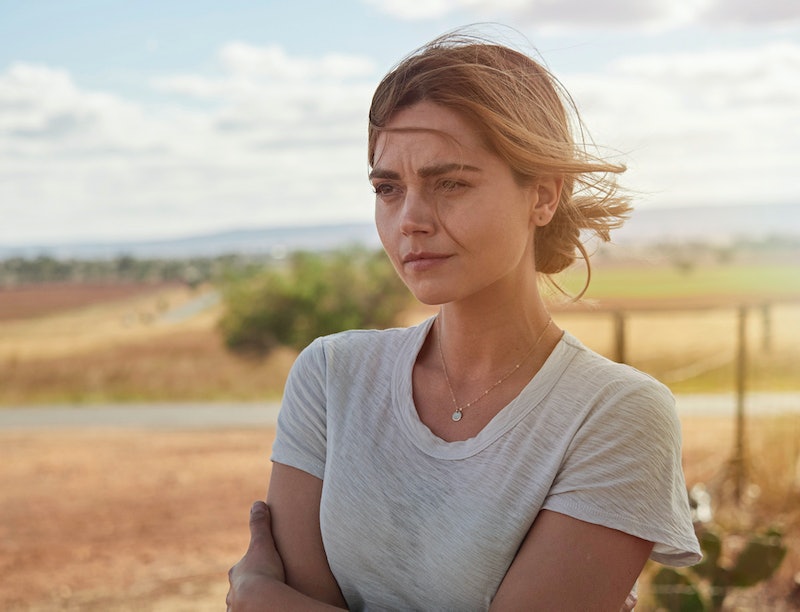 Yeah, the BBC is absolutely slaying it this autumn when it comes to gripping new dramas. From Bodyguard to Killing Eve, I honestly cannot get enough. And its latest drama The Cry has already got me hooked after its premiere on Sunday night. IMHO, it's turning out to be one of the most hauntingly emotional pieces of television I've ever seen. But while the storyline is grim AF, has anyone noticed the sleepy Australian village the show is filmed in? It's gorgeous. Saying that, where was The Cry filmed, and can you visit these locations IRL?

Filming on location can often be pretty damn expensive, and whilst some shows may look like they're filming in the midst of some exotic landscape, they're probably shooting in a studio in the middle of London. But for The Cry, the cast and crew jetted to Australia and Scotland to film on location as the contrasting landscapes were detrimental for the narrative. Obviously it's the actions of Joanna (Jenna Coleman) and Alistair (Ewen Leslie) that you gravitate towards and follow, but the juxtaposition between the two cities only add to the psychological thrills that the story begins to unravel.

"From the very early stages of pre-production, Glendyn Ivin and I talked about the concept of environment and its effect on the psychology of our characters," director of photography Sam Chiplin told Broadcast. "We wanted Australia and Scotland to become characters in their own right, each with a unique feel and ability to add emotional depth to the story."

From the eucalyptus fires that the couple see when driving through the bush to the constant rain engulfing their beautiful home, there are a lot of hidden messages within the cinematography and locations that become clearer with each viewing.

But that's enough of the drama. If you're anything like me, you're already planning future trips to go up north or Down Under to see the locations of The Cry in the flesh. So, where to start? Well, according to Coleman, The Cry covered a lot of Scottish locales. "We've been out to Loch Lomond to shoot and all over the city to Hamilton and Finnieston," she told The Scottish Sun. "We [also] went to Pollok Park so we've got a really good sweep."

Argyle Street and the Gallery of Modern Art in Glasgow were also used during the Scottish portion of the shoot, as reported by the Radio Times, and according to GlasgowLive, "the Sixty Steps and Kelvinside Terrace West" were also used.

When it came to Australia, the majority of filming took place in Queenscliff, a coastal town that is an hour and a half away from Melbourne, according to the Geelong Advertiser.

The Aussie's are as excited as us Brits about the BBC drama, as it is set to air Down Under after in the not too distant future. "I was completely drawn to The Cry's universal themes coupled with its unique and Australian elements," ABC head of distribution Rebecca Heap told the newspaper. "We are thrilled to be able to share this gripping drama with our audiences later in the year."

So there you have it. While you're waiting for the second episode of The Cry to air, start planning a weekend getaway to Scotland or a winter vacay to Australia, because I'm sure these destinations are going to become tourist hotspots thanks to this show.