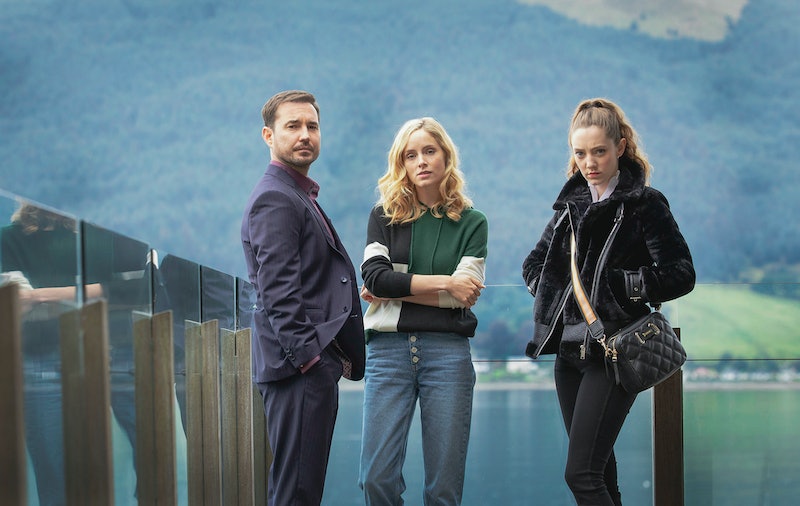 Sunday night prime time telly from the BBC never lets you down. Whether it's a period drama, a crime serial, or an edge of your seat psychological thriller — you know that Sundays on the Beeb are a safe bet. Their latest offering, The Nest is very much on the psychological thriller scale and is more than likely to set you on edge from start to finish. The streetscapes and locations on this production are lush AF, so where was The Nest filmed?

The brand new show is set right in the middle of Scotland's bustling metropolis Glasgow but was filmed in a number of locations. According to iNews, there are shots of urban high rise tower blocks as well as scenes in the city's world famous Botanical Gardens. Chaophraya restaurant, also in the centre of the city, provided the location for a few scenes.

The star of the show, apart from all of the great acting and absorbing script, is most definitely the ultra-glam home of the main characters in the programme. According to iNews the residence, which looks boujee enough to house a Kardashian, is called Cape Cove. According to the Cottages & Castles website it's an award winning five star holiday home in Scotland's stunning Loch Long that you can actually stay in. The five bedroom property has five bedrooms, a hot tub, real fireplaces and glass walls throughout. All of this set on the loch with unbeatable views of its waters and wildlife.

The Nest is about a couple Dan and Emily who're desperately pining for a child of their own after years of failed attempts. After a chance meeting with 18-year-old Kaya, who's had a disadvantaged life in and out of care, they offer her a large some of money to carry their child. Speaking to Digital Spy, writer Nicola Taylor said, "I hope that over the course of the series you will keep switching your allegiances from character to character because no-one is totally transparent."

As the story unfolds not only the riskiness but the moral implications of this decision come into play and you'll be left wondering, who's taking advantage of who?

Watch The Nest on BBC One on Sundays at 9p.m.