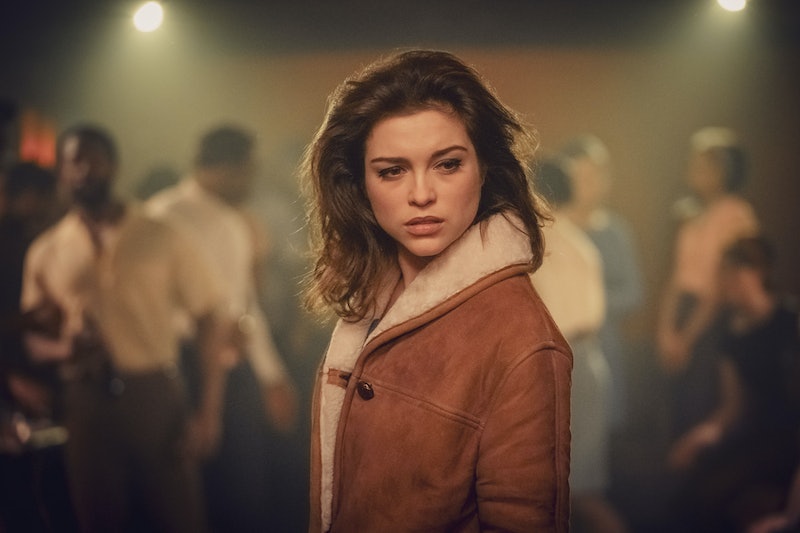 Penned by the BAFTA award-winning screenwriter Amanda Coe, The Trial of Christine Keeler examines one of Britain's most infamous political scandals. The series centres around a young woman who found herself in the middle of a 1960s media-storm, and will take viewers into a journey behind the headlines of this iconic story. But where was The Trial of Christine Keeler filmed?

Filming for the BBC series first kicked off in Bristol back in December 2018, and as Bristol Live reports, the drama continued to film across the city throughout the following year. Production was primarily based at The Bottle Yard Studios in Whitchurch, where 15,000 square feet were used to house several purpose-built sets — including the interiors of Wimpole Mews and the Marylebone Police Station. According to the Express, filming eventually wrapped after a 17-week shoot in the region, and speaking of the BBC production, the Bristol Film Office revealed the drama "will feature the largest number of Bristol locations used in a single drama for years, which is fantastic to see."

The upcoming series will focus on the chain of events which became known as the Profumo Affair, and tell the story of 19-year-old Christine Keeler, who famously stood up against the male-dominated establishment during one of the most revealing and iconic periods in modern British politics. As The Sun reports, the story first began when Christine Keeler — who previously worked as a dancer in London's Soho district — was introduced to a VIP party scene, which was largely made-up of aristocrats and various other high-profile figures. Keeler eventually engaged in affairs with Cabinet minister John Profumo and Soviet spy Yevgeny Ivanov. However, when the love triangle was exposed two years later, things took a drastic turn, and the political scandal went on to rock the government for months afterwards. At the time of the media-storm, Keeler was considered one of the most famous women in the world, and her story went on to inspire the BBC's newest TV drama.

So, if The Trial of Christine Keeler sounds like your cup of tea, be sure to catch the first episode on Sunday, December 29, at 9 p.m. on BBC One.