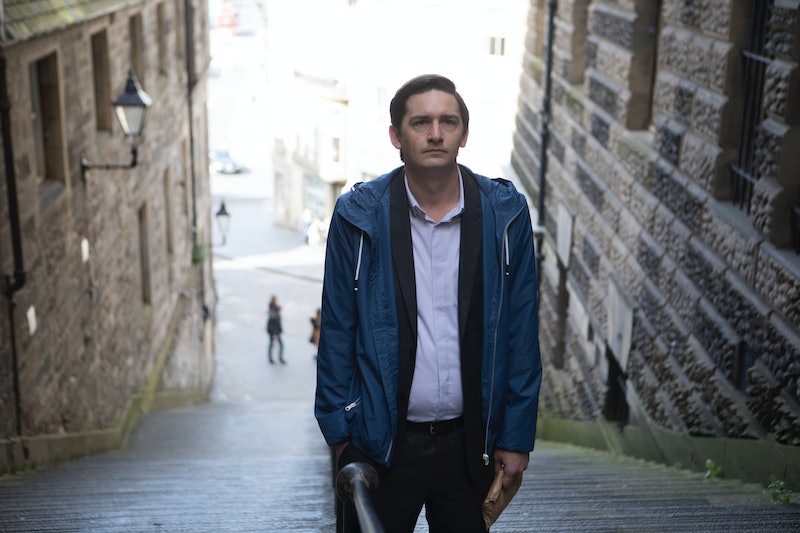 The BBC's new drama The Victim will start April 8 and, true to form, it looks to be unmissable. The cast is led by Scottish actor Kelly Macdonald, who got her big break in Trainspotting and has since starred in Harry Potter. Macdonald plays Anna Dean, the mother of a child who was murdered 15 years ago, when he was just nine years old. While viewers will know that the show is set in Edinburgh, where was The Victim actually filmed?

Those who live in Edinburgh, or know the city very well, may spot some unfamiliar locations in The Victim. That's because only some parts were filmed in the Scottish capital. The series was also shot in and around Glasgow, with shoots also taking place in spots such as Green Shutters Café in Largs, a town 33 miles from Glasgow. The filming at Green Shutters Café took place over two days in April last year and the owner Thomas Buskie told Glasgow's Evening Times: "To be honest if they asked me to do it again, I don’t think I would.” Pretty savage. Buskie described filming as an "inconvenience" despite the cast and crew being "lovely" and leaving "everything as they found it." But Buskie said that the filming "threw [them] out of [their] routine."

Glasgow's Evening Times reports that Govanhill (a residential district in Glasgow) may also have been a possible filming location for The Victim. On April 30, 2018, the newspaper wrote: "A film crew was spotted on one of the South Side's busiest roads recording for a new BBC drama starring Kelly Macdonald and John Hannah." And, according to Screen Scotland, filming also took place in Glasgow City Chambers, City of Glasgow College, and Flemington House in Glasgow.

Star of the show Macdonald is a Glasgow native, but she didn't allow herself to let the dark themes in The Victim to affect her when she went home. Duirng an interview with The Scotsman, she said: "No, it doesn’t work like that for me. I’m sort of quite good at that. I read about other people where it’s not until they finish with a character that they can let it go, but I’m quite lucky."

In addition to Macdonald, The Victim displays some other amazing Scottish talent, with actors such as John Hannah, James Harkness, and Jamie Sives appearing in the show. Back in March 2018, Hannah told the BBC: "It is great to be back filming in Scotland especially as Rob has delivered in DI Grover an exquisitely drawn character."

If you're into dramas like The Cry and Silent Witness, The Victim will definitely be for you. The BBC have given the tagline "in law, there is the accused and the victim. In life, it’s not that simple.” If that doesn't get you excited, I don't know what will.

The show revolves around Macdonald's character Anna Dean, who is the mother of child who was murdered 15 years ago. In the four-part series up-and-coming actor James Harkness plays Craig Myers, who becomes the victim of an attack after a photo of him was put online labelling him as Eddie J Turner, the man who killed Anna's nine-year-old son when he was a child himself. In the trailer, Craig seems pretty attempts to protest his innocence, claiming it is a result of a mistaken identity.

The Victim is not based on a particular real-life event, even though it seems eerily reminiscent of the James Bulger case. As Macdonald confirmed in an interview with the Observer: "I can see why people might compare [the case in the show with the Bulger case], but The Victim isn't based on any specific real-life case. There are parallels but it's a fictional story."