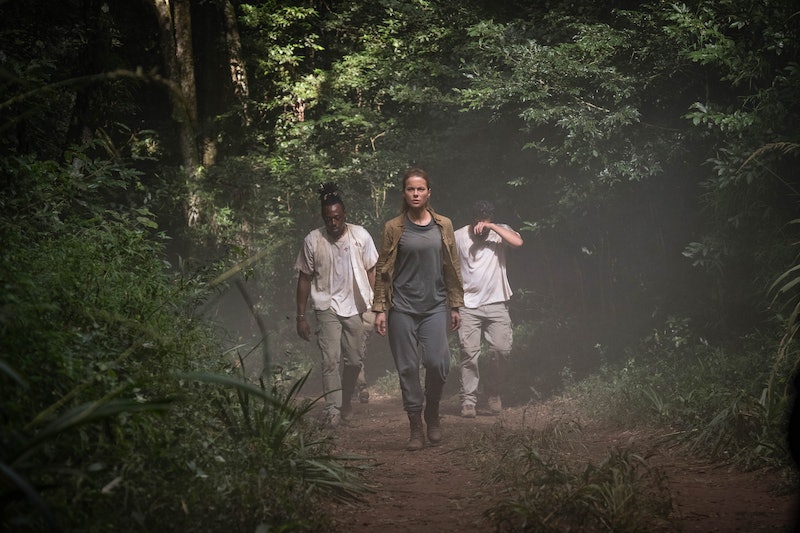 ITV's latest drama, The Widow, which was made in collaboration with Amazon Prime, is already a huge hit Stateside, having dropped in March 2019. This show is a guaranteed must watch thanks to both its talented cast and its stunning shooting locations. Yes honey, this show appears to have had quite a generous budget. So where was The Widow filmed?

The show is set largely in the Democratic Republic of the Congo (DRC), as well as Rotterdam and the UK.

During a conversation with the Radio Times about the process of creating The Widow, producer Eliza Mellow explained that the DRC was deemed "too dangerous" by the team to film in, so shooting took place in South Africa instead. According to Mellor, the weather in South Africa was so swelteringly hot that lead actor Kate Beckinsale fainted on set. And Beckinsale confirmed this during an interview with Extra: "It was really, really hot," she said. "That day, I think three or four people fainted, it wasn’t just me being weak."

The writers of the show, brothers Harry and Jack Williamson, spoke to the Express about the issues with making South Africa look like DRC, saying:

"We shot it in Cape Town in South Africa, which is a lovely town but looks nothing like The Congo which you're not allowed to film in because it's just too dangerous. To make anything in Cape Town, we shot some [scenes] in Durban and some on the East Coast and in South Africa. To make any single frame look like The Congo, you have to bring in extras and buildings. So it's a big undertaking and a lot of that was simply trying to build that world and have somewhere unique and hardly ever seen on TV as The Congo."

The DRC couldn't be farther removed from the other location in which to show was filmed: the Brecon Beacons in Wales. According to the Express, during a screening of the show, director Sam Donovan spoke about the contrast between the two places, saying:

"[What] I didn’t want to do — when I picked the locations in Wales — was go for green, lush Wales because obviously, we’re showing the green, lush rainforest. I went for the darker hills and the slate and juxtapose that and show what a harsh environment she's living in. It was really cold in Wales. It was snowing, it was the end of February, it was bitter."

Some of the scenes were also shot in the Dutch city of Rotterdam, which also served as a contrast to the humidity and heat of the DRC. During The Widow, characters Beatrix (played by Louise Brealey) and Ariel (Ólafur Darri Ólafsson) meet at the international eye specialist clinic, which is set in Rotterdam. As Mellor explained to the Radio Times, the Williams chose this location due to the "cool light" of the city. According to Mellors, "It was absolutely freezing again. It gives that different feel to Africa we were looking for."

Hardcore drama fans probably recognise the Williams duo as the writing team behind BBC's hit shows The Missing and Baptiste. And guys, judging by the trailer for this show, it looks like they have served up another corker.

The Widow tells the story of Georgia (Beckinsale), whose whole world is turned upside down when a news report from the DRC seems to show her husband — who was supposed to have died in a plane crash ten years before — as alive. So Georgia heads across the world in search of not only her husband, but of answers as to why he might have chosen to fake his death.

The show comes in eight parts, and will be airing twice weekly, on Monday and Tuesday on ITV.