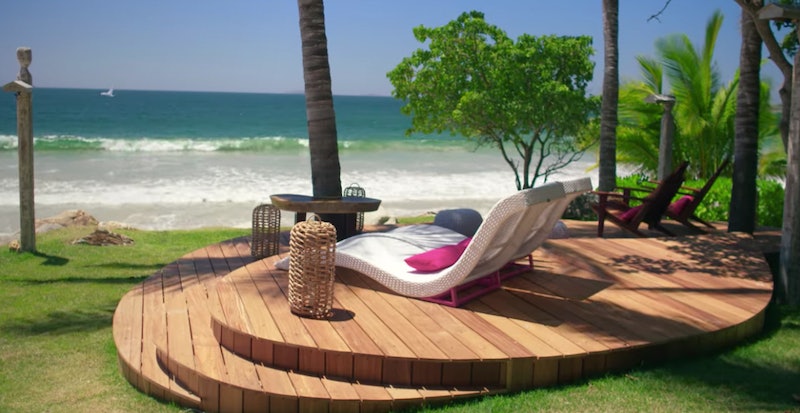 One way to get people to agree to go on a weird reality show? Promise them a luxury beach vacation. That was the idea behind Netflix's Too Hot to Handle, which filmed at Casa Tau in Punta Mita, Mexico.

According to Luxury Retreats magazine, the private oceanfront villa opened in December 2018 and is part of a gated community of less than 30 homes in the Los Rancheros area. Though the cast of Too Hot to Handle was forced to sleep in the same room, the estate actually features 12 guest rooms, three ocean front master suites, and one double room, according to its official site. In total, it can house 27 people at a time.

Other features include around-the-clock butler service, a fully stocked kitchen and breakfast bar, a wine fridge, espresso maker, gym, pool table, and pingpong table. Not to mention the infinity pool and jacuzzi that got plenty of use from the Too Hot cast, plus a lush golf course nearby.

As you can imagine, all of that luxury comes at a hefty price tag. So hefty, actually, that specific rates aren't listed online. But according to Bravo, The Real Housewives of Beverly Hills' Kyle Richards loves to stay there, and reports an average daily rate of $12,500 — not including the refundable $15,000 security deposit required for all stays.

There's a good chance Netflix negotiated a deal with the owners in order to film there, so who knows how much they paid for a month's stay. But you shouldn't be surprised if, in due time, Casa Tau announces a Too Hot to Handle-themed visitors package like Grand Velas Riviera Maya did after working with Love Is Blind. Start adding to your vacation fund now.