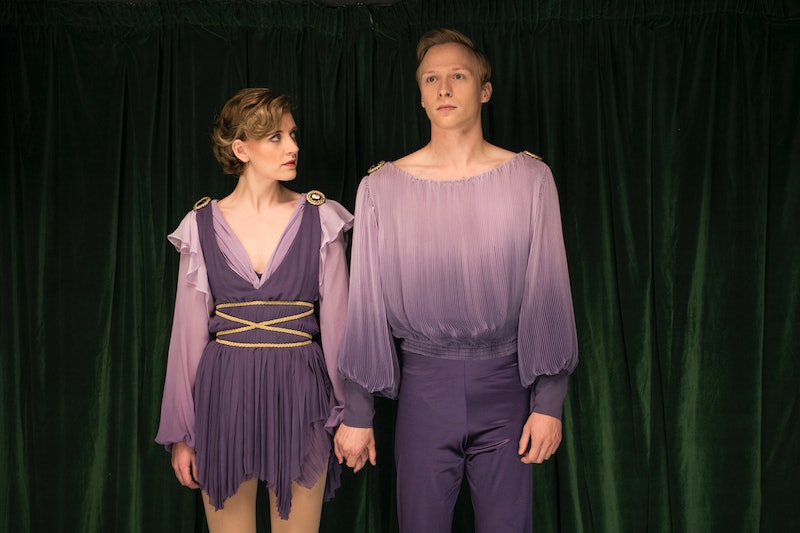 One highly anticipated part of the 2018 Christmas telly schedule is ITV's Torvill and Dean, a drama which depicts the life stories of Britain's most famous ice skating duo. The authenticity of the real life story was ensured due to the involvement of both Jayne Torvill and Christopher Dean, and viewers are looking forward to delving into their much speculated relationship. But where was Torvill and Dean filmed?

Well, according to Belfast Live, one of the primary Torvill and Dean filming locations was the Dundonald International Icebowl in County Down, Northern Ireland. The popular ice skating rink was used as a backdrop to some thrilling scenes within the ITV drama, which was penned by the acclaimed film, TV and theatre writer, William Ivory.

The local community will surely be thrilled by their local landmark's role in the Christmas television special, and Chairman of the Leisure and Community Development Committee for Lisburn & Castlereagh City Council, Alderman Paul Porter, commented on the chosen filming location. He said: "Following the success of Game of Thrones, Dracula Untold, and Being Julie, Northern Ireland has become a top filming location for both television shows and blockbuster features in recent years and I am delighted that ITV and Darlow Smithson choose Dundonald International Ice Bowl as a filming location for this must-see biopic."

Porter then continued on to say "Jayne Torvill and Christopher Dean are recognised as two of Britain’s top competitors in the history of their sport and it is fantastic to see a feature length programme commissioned to showcase not only their lives but ice dancing and skating. The programme will well and truly put Dundonald International Ice Bowl on the map and as Northern Ireland’s only Olympic sized ice rink open to the public, I hope it will encourage people of all ages to visit the Ice Bowl and take to the ice, whether it be part of a family outing or signing up for ice skating lessons in the Council’s Learn to Skate programme." He then concluded "I look forward to sitting down on Christmas Day and viewing the programme with the rest of the nation."

As previously reported, both Torvill and Dean have been heavily involved in the production of their television biopic. When speaking about the ITV special, the Dancing On Ice stars said, "We feel very honoured that ITV has commissioned this film based on what was a very significant period in each of our lives," and according to ITV, went on to add "We have thoroughly enjoyed the time we have spent with William Ivory and the team at Darlow Smithson sharing experiences of our passion for skating, the life long friendship that came through our sport and everything that it took to achieve our eventual goal of becoming Olympic champions."

The legendary pair will also be gracing our TV screens in January 2019, when the ice skating competition show Dancing On Ice returns to ITV. According to the Radio Times, the lineup of the upcoming series consists of The Only Way Is Essex star Gemma Collins, former Love Island 2018 contestant Wes Nelson, Westlife singer Brian McFadden, and many more.