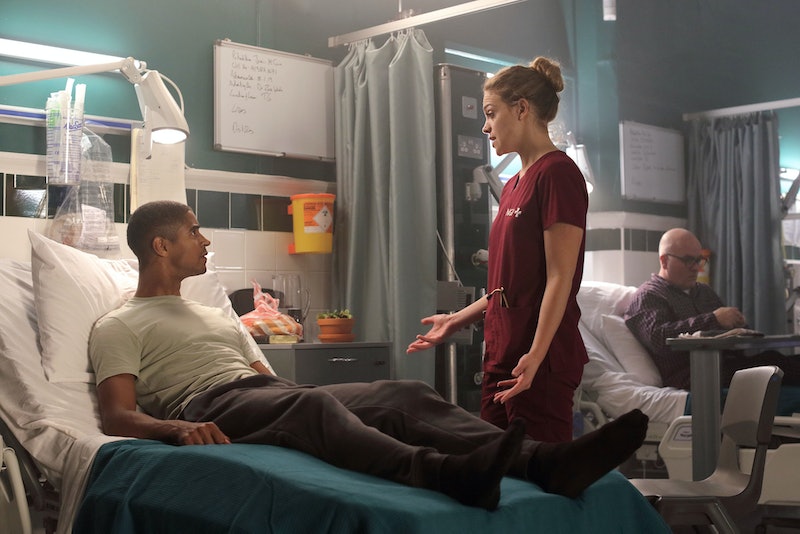 Any drama that involves a hospital (or any medical facility) always gets my mind racing. Do they actually film on location, or is it all an illusion created by the production team? Shows like BBC's Trust Me can feel so realistic to a point where it's uncanny, and the fact that it's returning tonight for its second series has got me wondering where was Trust Me filmed?

As The Sun reported in 2017, the first series of Trust Me was filmed on location in Edinburgh and Glasgow, including the scenes that took place in the medical centre. While these sequences were not shot in an actual hospital, the set was actually an old Scottish water board centre as producer Emily Feller told filming location site The Location Guide. "Our designer Monica Black did an amazing job. We were clear that we didn't want it to be a brand-new hospital, it shouldn't look white and sparkly at all, it shouldn't be modern, it needed layers and needed ageing and to look like a failing A&E ward that could potentially be shut down."

"It was a big empty room when we first went in and they'd created this incredible, late '80s hospital set. It was a wonderful team to work with."

During the first series, actor Jodie Whittaker also commented on how Trust Me gave Edinburgh to shine during the exterior shots, and how it should be given that opportunity more. "Edinburgh is a beautiful city that's steeped in history," she told The Location Guide. "It's about time it got some more screen time. There's a volcano in the heart of the city, a castle, ancient architecture and rolling hills, so it really is a city that deserves to be seen on screen more."

Update: A representative of the series has kindly given me some additional information regarding the filming locations, and tells me that the exterior of the "hospital was on Jordan Hill Campus [in Glasgow], the interior was a building on Florence Street, and the swimming pool was Govan Hill Baths."

Earlier: It seems like the second series used the same locations, but I have contacted the BBC to make sure this is the case. I will let you know if I receive a reply.

Anyway, back to the series. If you're looking forward to watching Whittaker for a second time around (she played Cath Hardacre/Dr Ally Sutton in the first series), you'll be disappointed to know that she's not in the second series. She's kinda got her plate full portraying the Thirteenth Doctor at the moment, and the actor was busy filming the 12th series of Doctor Who while the second series of Trust Me was being filmed. So instead of dwelling on Whittaker's character for this series, the writer of Trust Me Dan Sefton instead introduced a new cast and narrative, as Radio Times reports.

The second series will focus on Corporal Jamie McCain (played by Alfred Enoch), who has been left temporarily paralysed from a spinal injury. Once patients begin to die around him unexpectedly, he begins to believe that there is a conspiracy unfolding and makes it his mission to uncover the truth. "I just thought it was a really interesting idea to have someone who was previously really strong and fit and sort of physically defined themselves to become completely kind of broken and unable to do anything," Sefton explained to Radio Times.

"And then the idea of them trying to, you know, investigate — getting a zest for life back, or a reason to live back, just because they have to do something to stop somebody else being killed."

There's no doubt that this series of Trust Me is going to make for some unmissable telly, that's for sure.