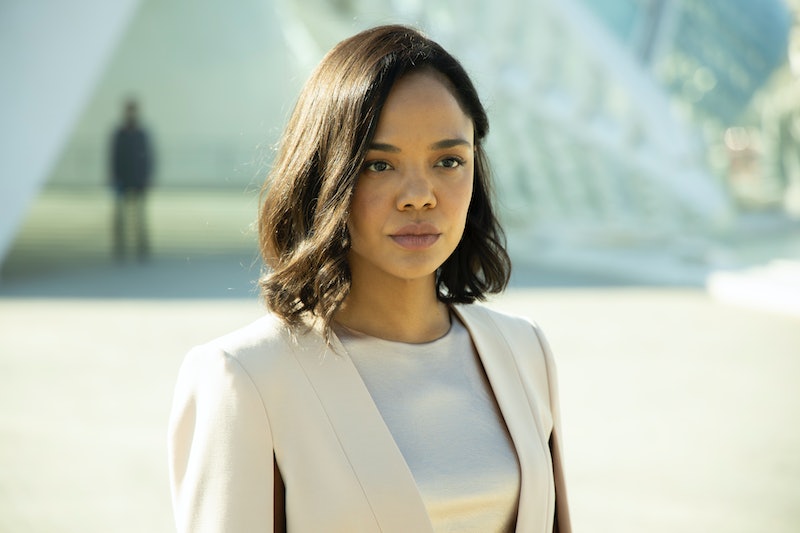 With Dolores finally out of the park, the Westworld production team had to expand to new locations in order to convey a futuristic real world. That means while Bernard and Stubbs' Westworld scenes were likely shot at the show's previous sets in Utah and Arizona, Westworld Season 3 was also filmed all over the globe. Maeve's Warworld, for example, was filmed in a medieval village in Spain, while Singapore serves as a central location for much of the season.

Why Singapore? The city is home to some of the most unique architectural buildings in the world, making it a perfect backdrop for a sci-fi story set in 2058. Per CNA Lifestyle, co-creator Lisa Joy was keen to film there because it's a city where "nature entangles with modernity." In particular, she said she feels there's "a poetic shape to the skyline of Singapore that no other city has."

Here's a list of some of the locations spotted in Westworld Season 3's first two episodes.

Per Geek Culture on YouTube, when Caleb wakes up, you can see the unique Pinnacle@Duxton residential building across the street.

LASALLE College of the Arts - Singapore

You see these unique buildings in the background after Caleb attends a job interview.

Geek Culture also noticed that whenever Caleb travels, he's using the real Singaporean metro system at Stadium MRT. He even picks up a package for one of his Rico app jobs on a real train.

Caleb walks along a mixture of these two shopping malls when he learns he's been turned down for the job because he's "not the right fit."

This is where Caleb is walking after he delivers the kit to Connells, and when it's revealed that the Francis he's talking to is an AI therapist.

This is where Dolores breaks into the home of the abusive investor and steals his fortune, offing him in the process.

Dolores meets Liam at his gala here, and they sit by the pool while Liam's friend raves that they're all living in a simulation.

Incite's winding exterior — which looks suspiciously like the hosts' maze — that Liam and Dolores visit to see Rehoboam was filmed at the Marina One residential tower.

Per El Gerió Digital, Maeve's Warworld scenes were filmed in Liberty Square in the medieval village of Besalú, Spain.

Per Vulture, once Maeve wakes up from her simulation, she walks through a lush, avant-garde building and meets Serac. Serac's home was filmed at La Fábrica, an office built for architect Ricardo Bofill’s firm.

The scenes of Bernard and Stubbs driving through Westworld are definitely a throwback to earlier seasons. They're likely a mixture of backdrops from Arizona and Utah, with filming locations like Castle Valley, Moab, and the Dead Horse Point State Park.