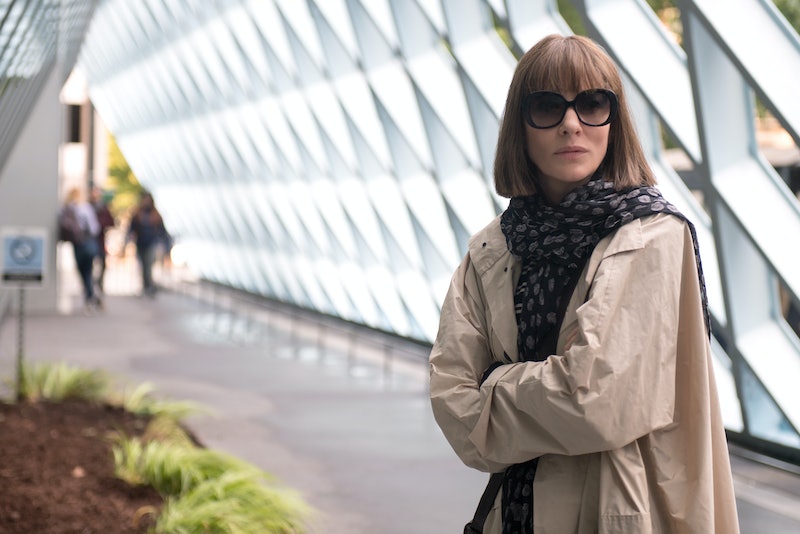 Where'd You Go, Bernadette might be the most important Seattle-based piece of media since Grey's Anatomy. Out on Aug. 16, the movie includes a lot of commentary from main character Bernadette (Cate Blanchett) about the Northwestern city in which she lives with her Microsoft-employed husband Elgie (Billy Crudup) and clever daughter Bee (Emma Nelson). (Most of those comments fall into the harsh-criticism category.) Interestingly enough, though, Where'd You Go, Bernadette wasn't actually filmed in Seattle — nor was it filmed in Antarctica, where the whole family ends up at one point.

Per the film's press notes, Pittsburgh served as a satisfactory stand-in for Seattle. Production designer Bruce Curtis describes discovering the Pittsburgh building that would serve as the former all girls school where Bernadette and her family live. "When I found it, I literally got a chill in my spine and I knew it was the right place," Curtis says in the notes of the 1800s mansion, going on to call it an "old, beautiful, decaying architectural piece."

It was important to get the details right, because Where'd You Go is based on a 2012 novel by Maria Semple with an ardent fan base. In order to do so, the production team had to transform a summer in Pittsburgh to winter in Seattle. Set designer Beauchamp Fontaine recalls, "I watched several guys up on lifts, just painstakingly plucking leaves off trees."

Since Bernadette deems Seattle the cause of her discontentment with her life — in her opinion, it's everything that her former home of Los Angeles is not — she flees. She does so without any warning, hence the title, leaving everyone in her family and community dismayed about her sudden disappearance. Bernadette goes to Antarctica, finding a project to which she can devote her newly discovered creativity.

According to the Pittsburgh Post-Gazette, the production moved north rather than south to capture those scenes. Greenland plays the role of Antarctica in this movie. In a 2018 interview on the Rachael Ray Show, Crudup recalled his experiences filming the arctic scenes for Bernadette, when his character goes looking for his wife. "We had to leave the little bay that we were in two days early because the captain of the boat that we were on said that there [was] a storm coming in and we had to get out before the storm," Crudup said. It turned out that the 350-foot boat that he was on for the film was caught in an arctic hurricane with "with 30-foot swells."

Where'd You Go Bernadette involved shooting in various locations — also including Vancouver, per the Post-Gazette — but the film is really about the adventures a person can take within their own soul. "In life you have to go through a moment of chaos, because you can't escape yourself or who you thought you'd be," Blanchett says in the notes. "And you have to confront who you actually are before you can move into the future."

While Bernadette certainly disappears from her life physically, she realizes that she'd mentally checked out long before her escape to Antarctica. Hers is a story that will likely resonate with anyone who feels like their life needs a reset.